This is a rumor that has been circulating for a few days, in addition to the possible arrival of the Super versions of the RTX 30 for CES 2022. This very theoretical RTX 3090 Ti has a lot to question. First of all, as you can see, it would condemn the arrival of a Super version. Finally, the characteristics mentioned by Videocardz are impressive (even extravagant). But the reality is that these leaks, real or imagined, make us askthe same questions as a few weeks ago about the usefulness of such a card (Super or Ti). 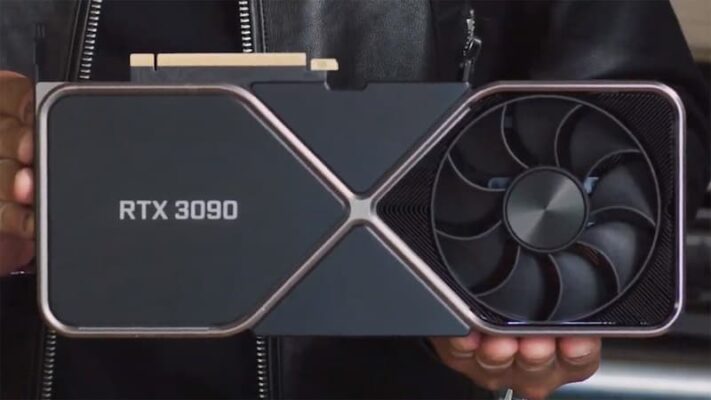 In terms of technical details, the figures that stand out here are not the details of the GPU which would be the GA102-250 with 10,752 CUDA cores (256 more than the RTX 3090). No, it is the 24 GB of GDDR6X VRAM at 21Gbit/s that amazes us. Using this memory would give a total theoretical bandwidth of more than 1Tb/s.

In its design there would also be a change in the PCB since the card could take advantage of 2GB modules instead of the 1GB modules used on the current 3090 model. This means that the memory would be located on one side of the PCB. Finally, the other “surprise” is an expected TDP of almost 450W, which is 100W more than the RTX 3090 FE. Finally, to power the new beast, Nvidia could use a new 16-pin Micro-Fit power connector. This type of connector is expected to be the new standard for PCIe Gen5 cards… Which would mean that this 3090Ti would use a PCIe Gen5 interface.

As you can see, there is very little certainty about this possible future card which will be released in January 2022. Objectively, it seems totally useless to the interests of Nvidia which has no competition on this level of performance. It might have some credibility with the Titan label but why on earth would it be positioned as a 3090Ti? But we are not in Nvidia’s head. We don’t have any confirmation on this card from our side, so we repeat the usual recommendations: caution and discernment.