The day dedicated to the exchanges with the investors which has just taken place at the beginning of June 2022 will remain in the annals. Of course you are wondering if a hardware announcement has escaped you, but it’s actually on the side of economic projections that you should look. AMD delivered a projection of its future in 2025 that must have made the investors drool.

AMD plans to double its revenue by 2025

Indeed, the executives simply announced that they expect the company to double its annual revenue by 2025. A statement that obviously makes Wall Street salivate. In 2021, AMD recorded a record revenue of 16.4 billion dollars, so the promise of the reds would be to go to 40 billion within 3 years. How AMD plans to get to that number so quickly: largely through data center chips. And let’s face it, the wave is here. The world’s demand for data centers and computing power will continue to grow. In this field, despite multiple efforts, AMD continues to be underrepresented. According to Mercury Research, in the first quarter of 2022, AMD held 11.6 percent of the x86 data center chip market, up from 8.9 percent last year. A significant increase, but one that points the finger at the rest of the market.

From the PS5 custom chip to servers

This crazy growth will also be driven by the recent acquisition of Xilinx, which has opened up new markets for AMD. But paradoxically it’s a success in the consumer market that lets AMD think they have the right strategy. The custom chips developed for the console market give a know-how that the reds want to exploit in the server field. And considering the current developments, it makes sense. Google, Amazon or Microsoft are all multiplying their efforts around custom chips in order to differentiate themselves from each other. 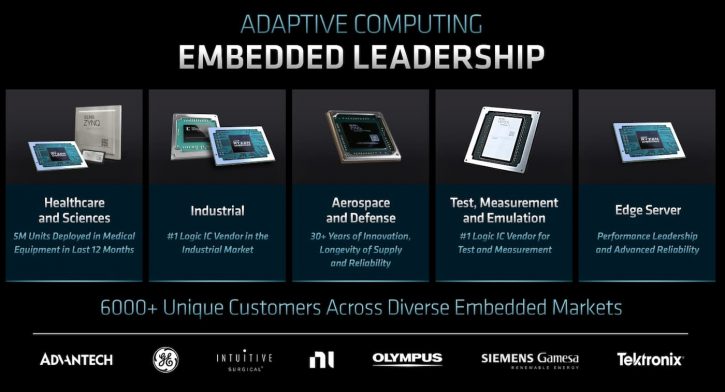 AMD CEO Lisa Su said Thursday. If you look at what we’re doing in the gaming console market, it’s all about custom silicon, bringing our silicon to the market vision and system and software applications of our customers. And my belief is that the trend toward custom silicon will only continue to grow AMD’s opportunistic vision for this market is ambitious, but makes perfect sense. However, it also relies on what has been its Achilles’ heel for the past two years: the production capabilities of someone else, namely TSMC. The geopolitical tensions that seem to be settling in for some time pose a considerable risk to this strategy, particularly with regard to Taiwan’s independence. The market is there, AMD has the ideas to seize it, but it does not have the free hand to feed it.