A potential Threadripper PRO 5975WX from AMD, for the moment not yet officially announced, would have pointed the tip of its nose. This CPU would have a base clock of 3.6 GHz with a boost up to 4.5 GHz, all for 32 cores and 64 threads. 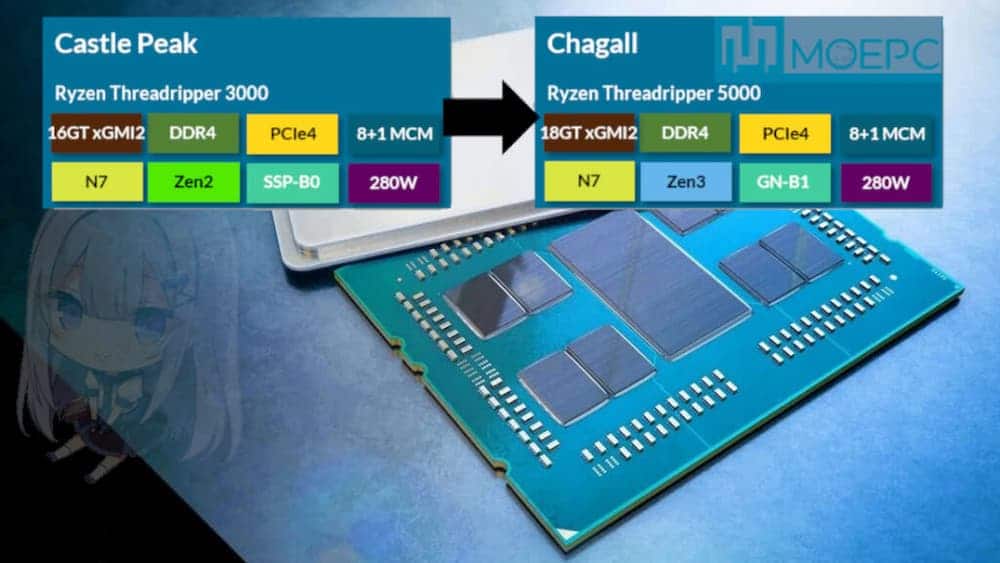 The Threadrippers on Zen 3 are a bit of a hot topic in recent months. Expected for the second half of 2021, the arrival of this new generation could only be in the first part of 2022 … And still nothing is won. This evolution of Threadrippers is expected because it should take advantage of the Zen 3 architecture and many other advances provided by Zen 3. All combined with the possibility of having up to 128 PCI-Express 4.0 lines and a memory configuration Octo (8) channel DDR4. 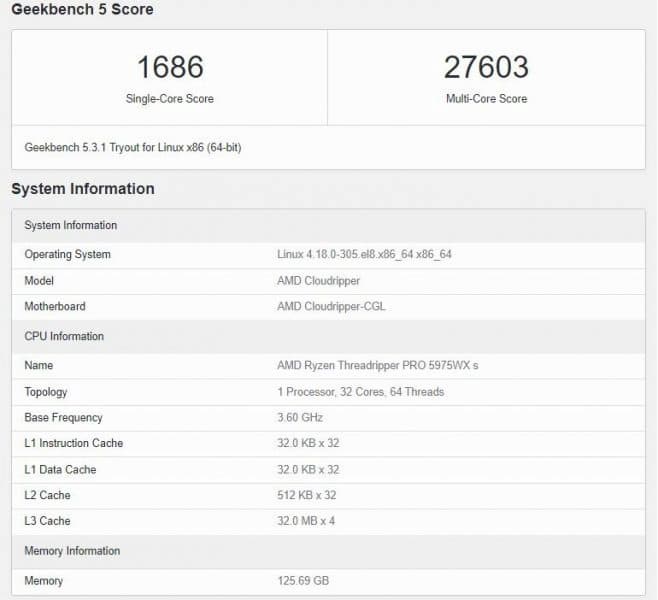 The new Threadripper will not see the light of day?

On the numbers taken on this test, the new CPU reached 1686 points in single core and 27603 points in multi-core. If these measurements are true, it is a considerable performance improvement of 34% and 23% compared to its predecessor, the Threadripper 3970X (which has frequencies of 3.7 GHz / 4.5 GHz for him also 32 cores / 64 threads). The real concern for those waiting for the arrival of this series for the “general public” is that the Threadripper PRO 5000 family could be the only Zen3 HEDT processor range that AMD is currently considering. The latest rumors simply point to a cancellation of the Chagall-HEDT family (aka non-PRO Threadripper 5000). The numerous postponements give a lot of credit to this hypothesis unfortunately.