It is difficult to determine the impact that the launch of the RX 6500 XT will have on AMD. One thing is certain, when you look at the multiple feedbacks, it’s been a long time since AMD had received such a unanimous volley of green wood. 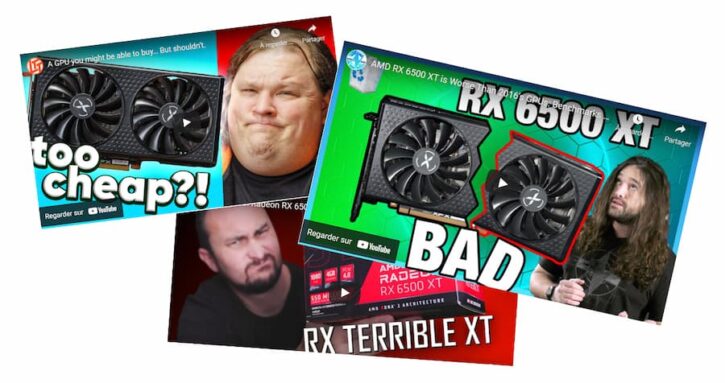 How could AMD put itself in this situation when the technical sheet of this reference was enough to understand that we were heading for disaster? By far the most commented results with the RX 6500XT concern the deplorable Raytracing performance and the notoriously below average results even compared to GPUs that have been on the market for several years. The encoding capabilities are also a major criticism for a card announced at a public price of $199 but whose prices have exploded again in the real world with availability close to the virtual world.

The reason for this fiasco is essentially based on one explanation: this GPU was originally intended to be used in laptops alongside the Ryzen 6000 APUs. They were supposed to complement each other in some way. Of course, the press copies were strangely absent, not allowing a proper analysis of the product. A situation that only amplified the wave of negative reactions, with some going so far as to call it “the worst launch in the age of modern GPUs”. 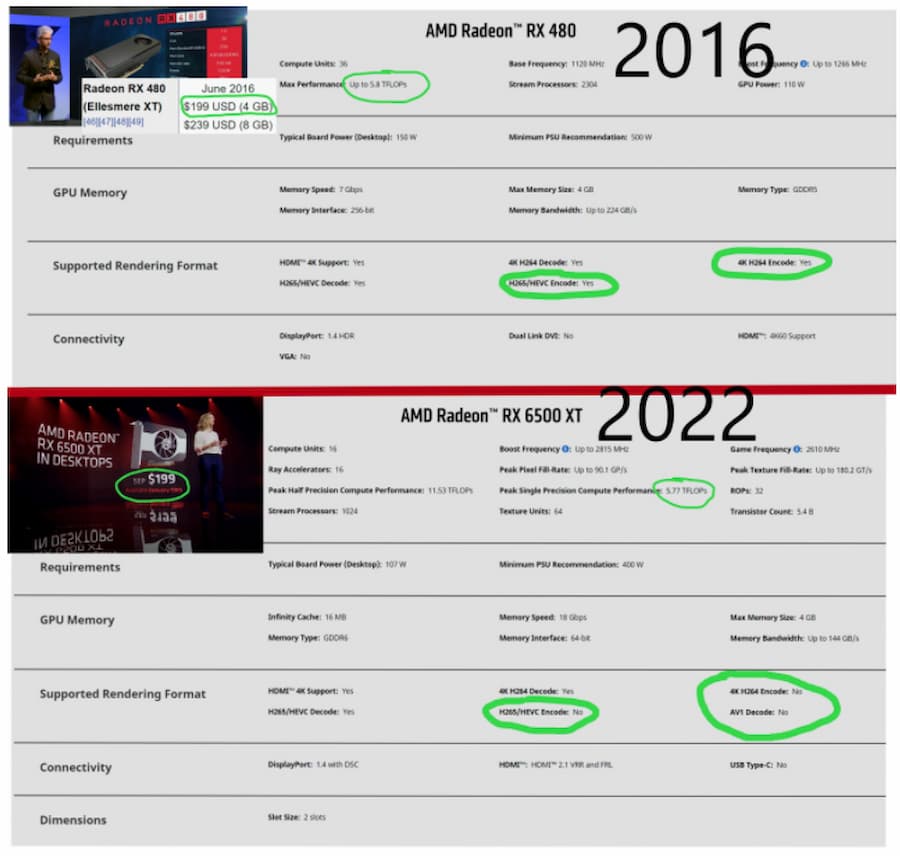 Added to this is the comparison of a product that is almost 6 years old, launched at the same price (the RX 480) and whose characteristics and power can hold its own against the new RX 6500 XT. Finally, as Videocardz noticed, AMD, which was mocking some of its competitors’ cards in 4GB, an insufficient size for gaming, has discreetly made these comments disappear on its site. 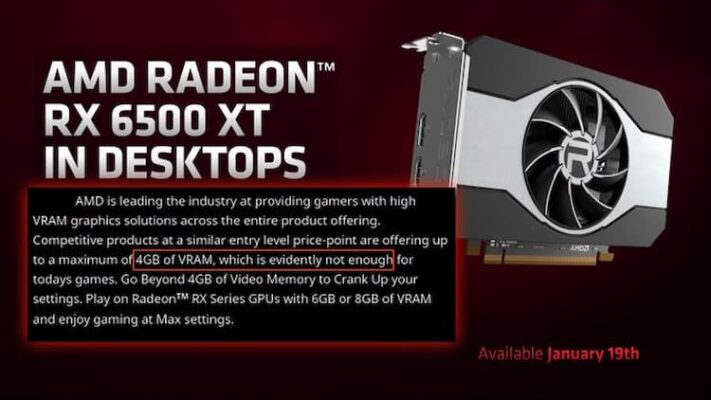 Certainly, this episode will leave its mark.