While this CES 2022 looks like it’s going to be gloomy because of the Covid takeover and the cascading cancellations of the physical presences of some brands, AMD intends to make its mark. AMD’s CTO, Mark Papermaster (no irony in the name please) has just confirmed in an interview for Forbes that the Reds have quite a few announcements in stock that will be unveiled for the occasion. 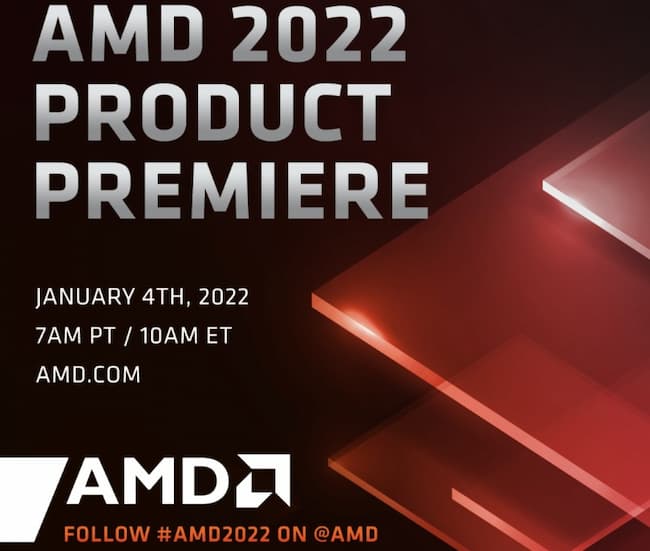 We’re so excited about the upcoming CES in January – it’s going to be quieter than usual with a big virtual presence, but we couldn’t be more excited than with the next generation of products. We can’t reveal too much now, but stay tuned. We’re not taking our foot off the gas pedal…

During the virtual event on January 4 ( which we can follow together ), AMD is expected to showcase its next-generation CPUs for laptops. The company should also launch Zen3 desktop processors with the 3D V-Cache technology we’ve been talking about for a while. But Zen4 should also be mentioned. We’re excited to reveal a few more details about our new product launches that will deliver phenomenal experiences, and as we said, later in the year, as it progresses, we’ll share more details about Zen 4 with some mentioned at CES and more announcements about it during 2022 . It will be a very exciting year for AMD.