Some time ago, AMD announced the creation of a label with some manufacturers of gaming laptops called AMD Advantage. The idea was to certify machines with the best Ryzen processors, Radeon graphics cards, a 144 Hz minimum screen, all in a suitable chassis. With the launch of RNDA3 graphics cards, AMD decided to extend this label to desktop PCs… With a level of requirement that seems more advanced. 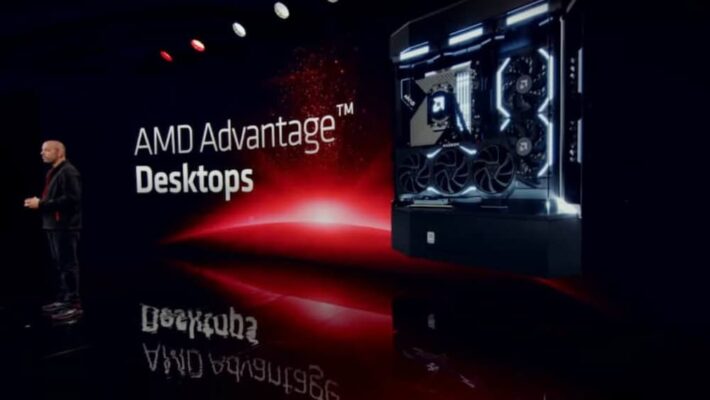 Regarding the components of the house, to obtain this label, it will be necessary to use either a Ryzen 9 7900X, or a 7950X. For the graphics part, the PC will have to integrate a Radeon RX 7900 XT or a Radeon RX 7900 XTX. The program also requires an X670E motherboard. But the requirements do not stop there since AMD also asks for other minimums on certain components.

So the future AMD Advantage PCs will have to have a “premium chassis” without really knowing what characterizes a premium chassis for the reds. They will also need to have at least 2TB of NVMe storage, a minimum of 32GB of DDR5 memory supported by EXPO, an 80+ Gold power supply and the processor will have to have liquid cooling. Finally, the last requirement will be that AMD Adrenalin is directly installed to take full advantage of features like Smart Access Memory (SAM), FidelityFX Super Resolution (FSR) and the latest HYPR-RX announced. 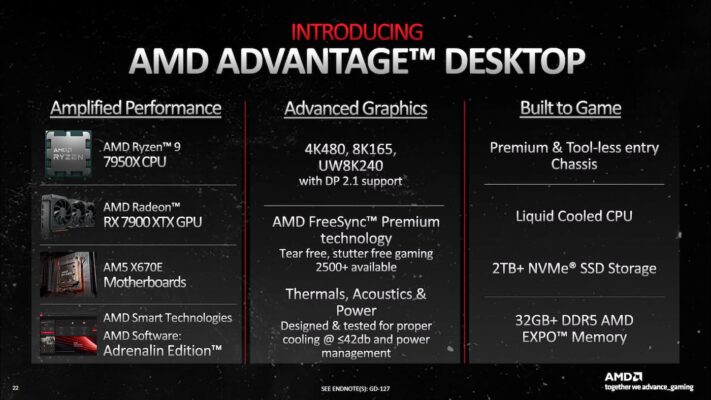 What is the benefit for the final customer?

Obviously this label is supposed to “help” consumers by allowing them to have a high-end PC without any bad surprises. However, it seems clear that the label opens the door to a marketing program for partners who choose to have their PCs labeled. Nothing shocking in the background, Asus already does the same with its partners who assemble several “Rog” components and Corsair has been trying for a few months a Vengeance program that follows the same logic. If we understand the advantages for the partner, it remains to clarify the benefit for the final customer. Because the assurance of having a machine that runs well when you put in a Ryzen 9 minimum and an RX 7900 should not require a label … 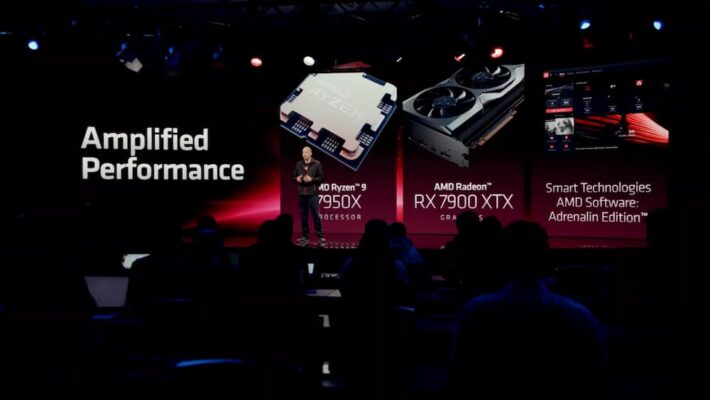 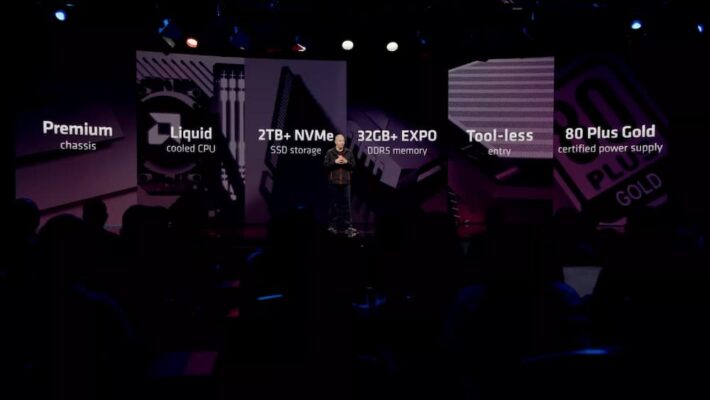