A leak could give us an idea about the range of ARC graphics cards that Intel could launch this year. We could have five dedicated graphics cards but it is not yet known if this “range” totals PC cards and notebook cards. 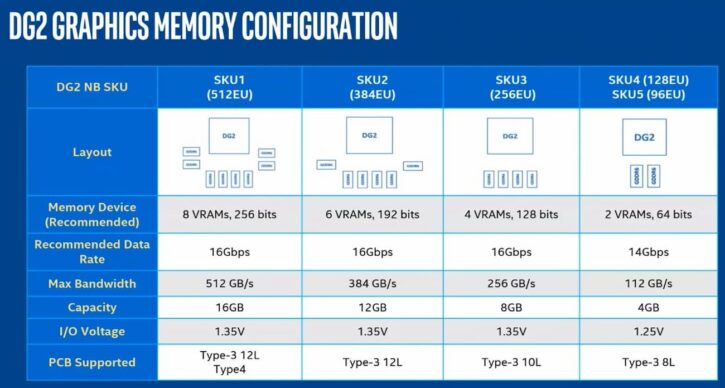