The Intel XeSS technology, even though it’s very new, seems extremely promising compared to Nvidia’s technology. The fact that 3DMark “references” this technology and thus allows amateur and professional testers to have a legitimate comparison tool is an important point for Intel. The 3DMark Intel XeSS image inspection tool will not only compare image quality but also how XeSS affects performance. With an interactive side-by-side comparison of XeSS rendering and native resolution, we’ll get the same kind of benchmark we have when testing Nvidia or AMD cards. 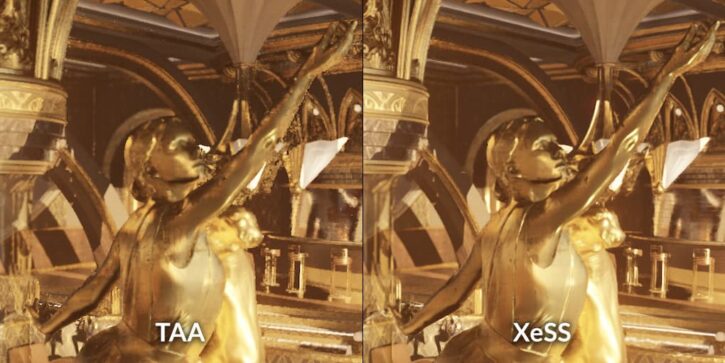 UL Benchmarks Press Release: Available now The Intel XeSS feature test is a free update to 3DMark Advanced Edition for users who purchased 3DMark after January 8, 2019. You can purchase 3DMark on Steam or directly from the UL Benchmarks website.

To run the Intel XeSS feature test, you must have a graphics processor that supports Intel XeSS and Microsoft DirectX Raytracing Tier 1.1. XeSS-enabled GPUs include Intel Arc GPUs, as well as AMD Radeon and NVIDIA GeForce GPUs with Shader Model 6.4 support. You also need Windows 11 or Windows 10 64-bit, version 20H2 or later.

If you already own 3DMark but purchased it before January 8, 2019, you will need to purchase the Port Royal upgrade to unlock the Intel XeSS feature test.