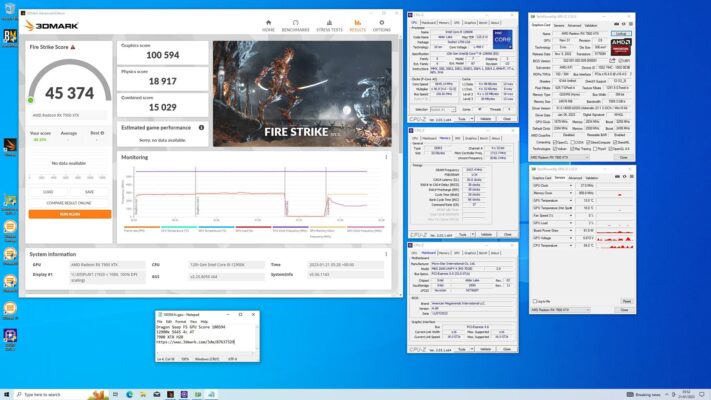 To achieve such a result, the overclocker used a Core i9 12900K based configuration. The motherboard was an MSI MEG Z690 Unify while we had 32GB of G.Skill Trident Z5 RGB.

Of course, the whole machine was overclocked. The processor was running at 5654 MHz on four P-Cores. The same goes for the graphics card, which was running at 3055 MHz for the GPU against 2826 MHz (effective) for the memory.

As for the cooling system, obviously, the liquid nitrogen remained in the cupboard. According to the HWBot result sheet, Dragon Soop has used a custom watercooling system to cool the CPU and the GPU. As for the memory, no info.

The result comes quickly and our overclocker of the day gets a graphic score of 100 594 pts. This result allows him to be ranked first in the world on Fire Strike! In short, congratulations to Dragon Soop for this performance!

Here is the performance of Dragon Soop !