In last August one card in particular attracted attention, a model resulting from the collaboration between Noctua and Asus. This model was even registered on the EEC website. Nowadays, via a post from a representative of the brand on the Facebook page Asus ROG Vietnam, we can have a first visual of the card. Let’s quickly discover the RTX 3070 Noctua!

RTX 3070 Noctua: a first look at this monster card! 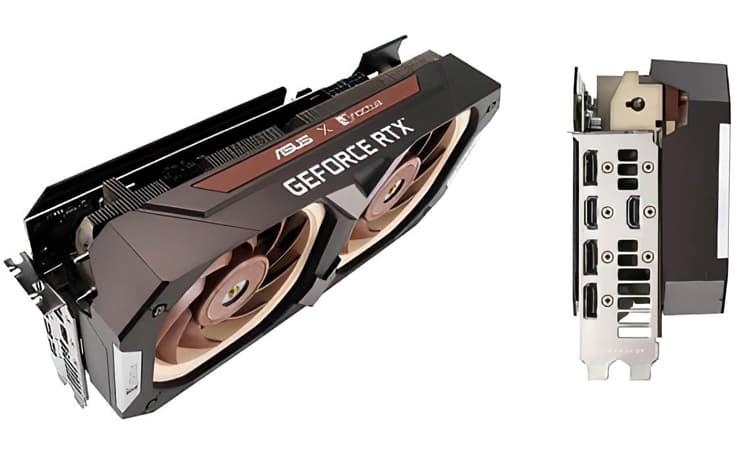 As we can see, this new model would be particularly bulky since it would occupy no less than 3.5 slots in your case. So we are dealing with a real cinder block. That said, this is justified by the ventilation.

Here, Asus selects two NF-A12x25 for the cooling of its card, mills of 120 x 25 mm. The latter are inserted in a rather aesthetic fairing with brown and gray inserts on which appear the names of the Austrian and Taiwanese brands.

As far as the video outputs are concerned, the card offers a configuration that is different from what we usually see. Indeed, this model has two HDMI and three DisplayPort. The power supply remains standard: 2x PCIe 8 pins. 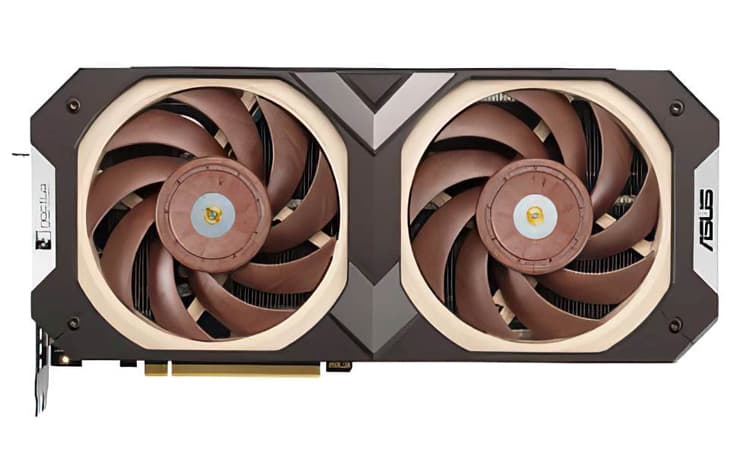 Finally, the product code: RTX3070-O8G-NOCTUA suggests a factory overclocking. Now the question remains how far the frequencies have been pushed. That said, with a pair of NF-A12x25s as fans, we can expect low temperatures. It remains to be seen what this will do in practice.

We quickly end with the estimated selling price of 26 million Vietnamese Dongs (VND), or about 1137.62 USD.