A very nice Christmas gift from AORUS as they have offered us a copy of the AORUS Z790 Tachyon motherboard to end this year in style. There has been some excitement around this board for a few days now as some users have been disappointed with the performance of the ROG Maximus Z790 APEX in retail version. On our side, we didn’t encounter any problem with the sample we received. This Tachyon Z790 version is very much awaited and many people imagine that it will be available in the next few weeks. We talk about an availability at the end of December in the shops even if it is not yet officially published on the brand’s website. 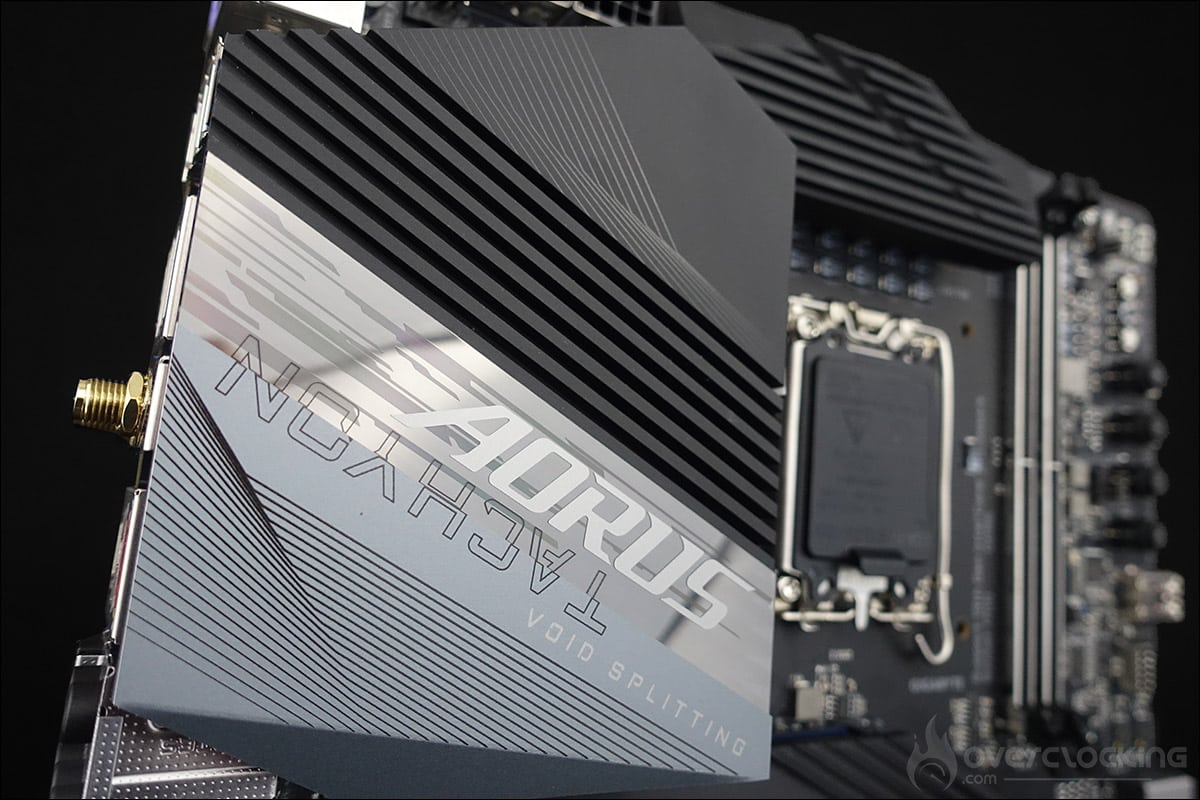 Thanks to AORUS for this sample and let’s discover directly in details what the unboxing of this motherboard dedicated to overclocking and cold testing has in store for us.

A little tour through the bundle of this AORUS Z790 Tachyon to see if it benefits from “special items”. Overall, we find a pretty standard bundle with the traditional SATA cables, Wi-Fi antenna, stickers, etc.

In the end, for a card dedicated to overclocking, this is not what interests us most. Note however that in my sample received, there is no manual of the motherboard, which is quite surprising.

The AORUS Z790 Tachyon motherboard is built around Intel’s latest chipset, the Z790. This motherboard retains the previous generation socket, the LGA-1700, as the processor has grown in size since the Rocket Lakes. With this Z790 version, this is the third Tachyon motherboard to be launched. The first one was built around the Z590 chipset, and it’s a board designed by Hi Cookie, the famous overclocker who manages the manufacturing and debugging of BIOS.

The dimensions of the board are 305 mm x 270 mm, which corresponds to the E-ATX format. The dominant colors on the PCB are black and gray. The design of this “Tachyon” version is still quite special. Aesthetically, it looks quite similar to the Z690 version, but it is mainly the part dedicated to the buttons for overclocking that is organized differently.

Let’s start the tour with the radiators, of which there are three!
First of all, the two radiators located on the top of the motherboard and which surround the socket. They cover the power supply stage and are connected by a heat pipe. Note that the left radiator has a part that covers the external connectors. You will be able to see this better when disassembling the board a little later in the article.

The third one is the one that covers the chipset and that benefits from a rather large surface but a low height in order to easily allow the installation of the graphic cards.

The AORUS logo and a very light RGB backlight are present. We are here on a completely passive system.

Two aluminum plates, whose cut-out perfectly matches the one on the chipset, cover the four M.2 SSD slots on the PCB. As you can see, the SSD slots all have a thermal pad to optimize heat dissipation. Without a manual and information on the AORUS website, it is very difficult for us to know how they are wired.

As soon as we have the information, we will of course update this unboxing. By the time this article is published, it should be.

The space around the socket is very well cleared and it will be quite easy to isolate it with rubber for testing under LN2. On the other hand, the card only has mounting holes for LAG-1700.

This Tachyon should logically support dual channel memory kits up to 7800 MHz+ (OC) and for a maximum amount of 64 GB. As you can see, there are only two memory slots. This is deliberate since the idea is to overclock the memory as much as possible, which is easier with two slots than with four. Remember that this card is 100% intended for overclocking. The two slots are far enough apart to be able to use a cooling kit under LN2.

There are two PCIe 5.0 ports which we unfortunately have no information on at the moment. To power all this, the card has a 24-pin flat connector and two 8-pin connectors next to the power stages.

AORUS seems to have reworked the retention system that releases your graphics card. This was a concern we had with the previous generation when a heat sink was too close to the first PCIe slot. We’ll be watching closely in our test to see if it works better.

RELATED STORY
In Win's A3 and A5 cases go white!
Powered by Inline Related Posts

Let’s start with the elements inserted on the PCB which can be interesting tools for overclockers. There are a lot of them on this model, which has become a habit with AORUS on this Tachyon version. This confirms its position as a board dedicated to overclocking.

As you can see, the tools are numerous! I can’t wait to test each of them in a small session in the cold.

The rear panel has the following elements. First of all the LIMP mode (the turtle) also present on the PCB as well as the button allowing to flash the bios from a USB key. One of the particularities of the card is to have two PS/2 slots to connect a keyboard and a mouse. But why still use this type of connector in 2021? Simply because some benchmarks are more powerful under XP (Super Pi) and the use of non-USB peripherals greatly facilitates the installation of the OS.

Regarding the USB ports, we are waiting to receive the specifications from AORUS so we can tell you more about them. Then we find the antenna supports for the dual band Wi-Fi and the audio part. Finally, we also find an HDMI port very useful to test the graphics chipset integrated into some processors. We have now completed the tour of this AORUS Z790 Tachyon, it’s time for us to test it and see you soon to discover the complete test here.