At the Intel Investor Meeting 2022, the brand finally revealed concrete information about its future products through their roadmap.

Intel to regain leadership in CPU and GPU

In recent years, Intel had not been totally transparent about their roadmap or future products that would arrive, presenting briefly without going into details. But today, the brand has decided to unveil the big game with everything we can expect from them until 2024 and beyond.

Let’s start with the consumer processor, with CPUs using the Intel 7 (10nm) Alder Lake that is already on the market and has taken over the leadership from AMD’s Zen 3, both in terms of performance and competitive pricing (the only downside is due to DDR5). The replacement for ADL, which is planned for the end of the year, still on the same engraving, is called Raptor Lake.

Raptor Lake will use up to 24 cores and 32 threads (8 performance cores and 16 efficiency cores) with new overclocking technologies, an artificial intelligence module in M.2 and compatibility with the current socket (LGA 1700). In addition, the promised performance increase is about <10%. 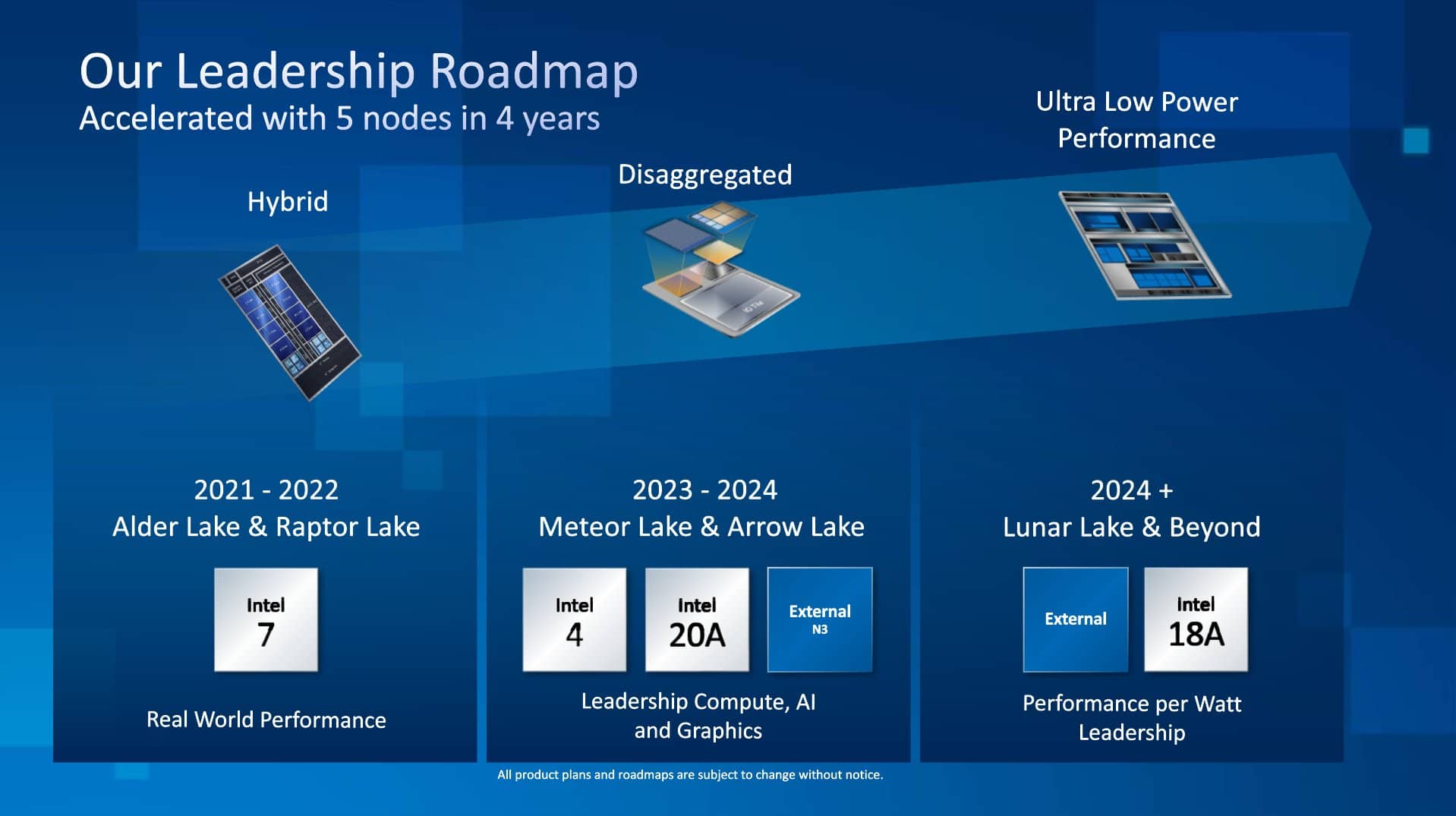 In 2023 and 2024, it will be the turn of Meteor Lake and Arrow Lake processors to be launched on the market, using Intel 4 (7nm) and Intel 20A (5nm) etchings and the external N3 (probably TSMC). They will use the Tiles technology(chiplets), with several dies for the CPU, GPU, IO, AI for example, to take over the leadership in all areas: Compute, Graphics and AI.

The post 2024 will be composed first by Lunar Lake, using external burners and the Intel 18A, which will aim this time to have the best performance per watt. 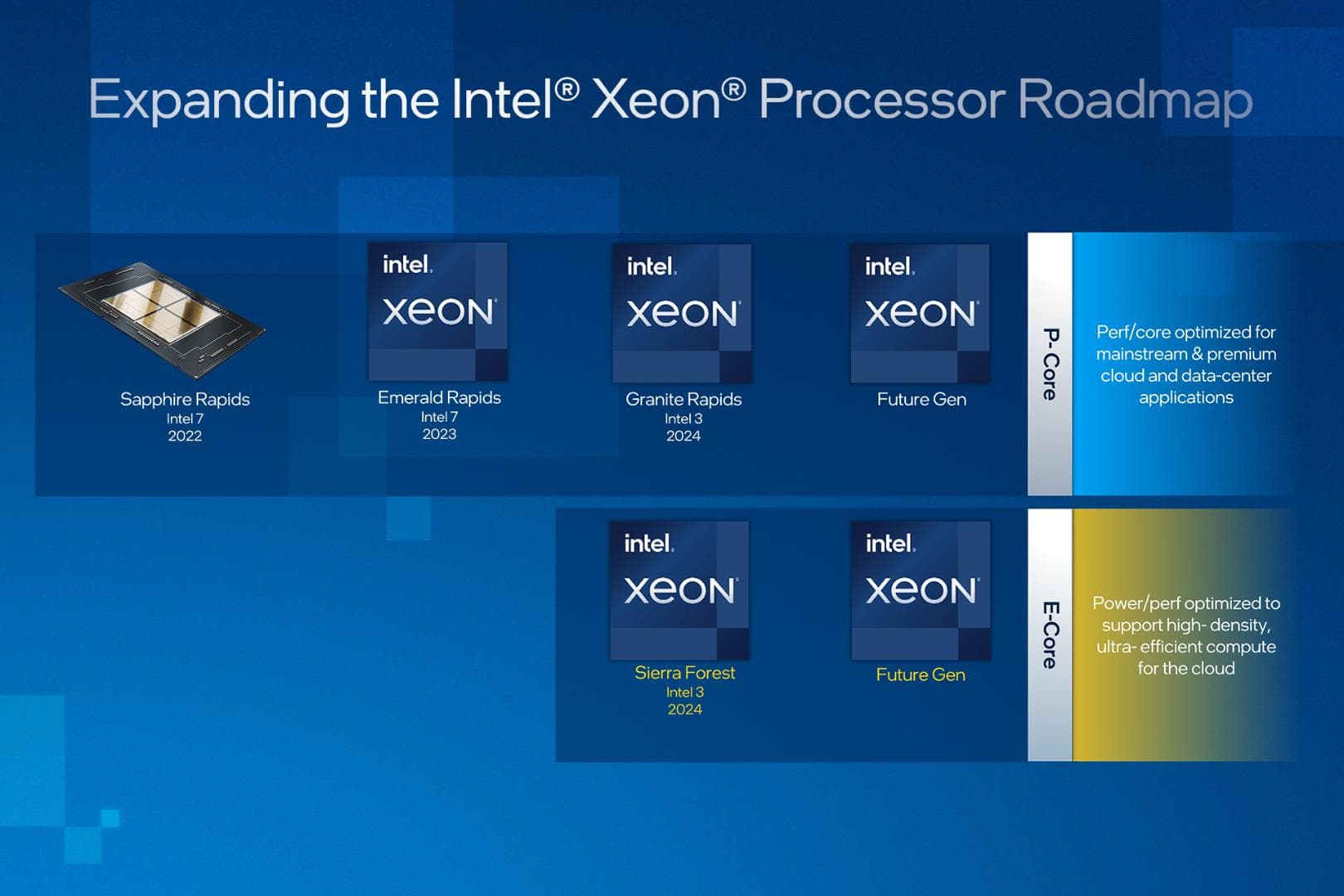 On the Xeon processors, Intel will launch this year the Sapphire Rapids (without and with HBM), followed by Emerald Rapids in 2023 using Intel 7, then Granite Rapids with Intel 3.

What’s new is that a new line of Xeons will be unveiled starting in 2024, which will not use performance cores but efficiency cores, targeting a market where the need for processors with a very good performance/watt ratio and high density are required. The first generation will be called Sierra Forest in Intel 3 and will be followed by others in the future. 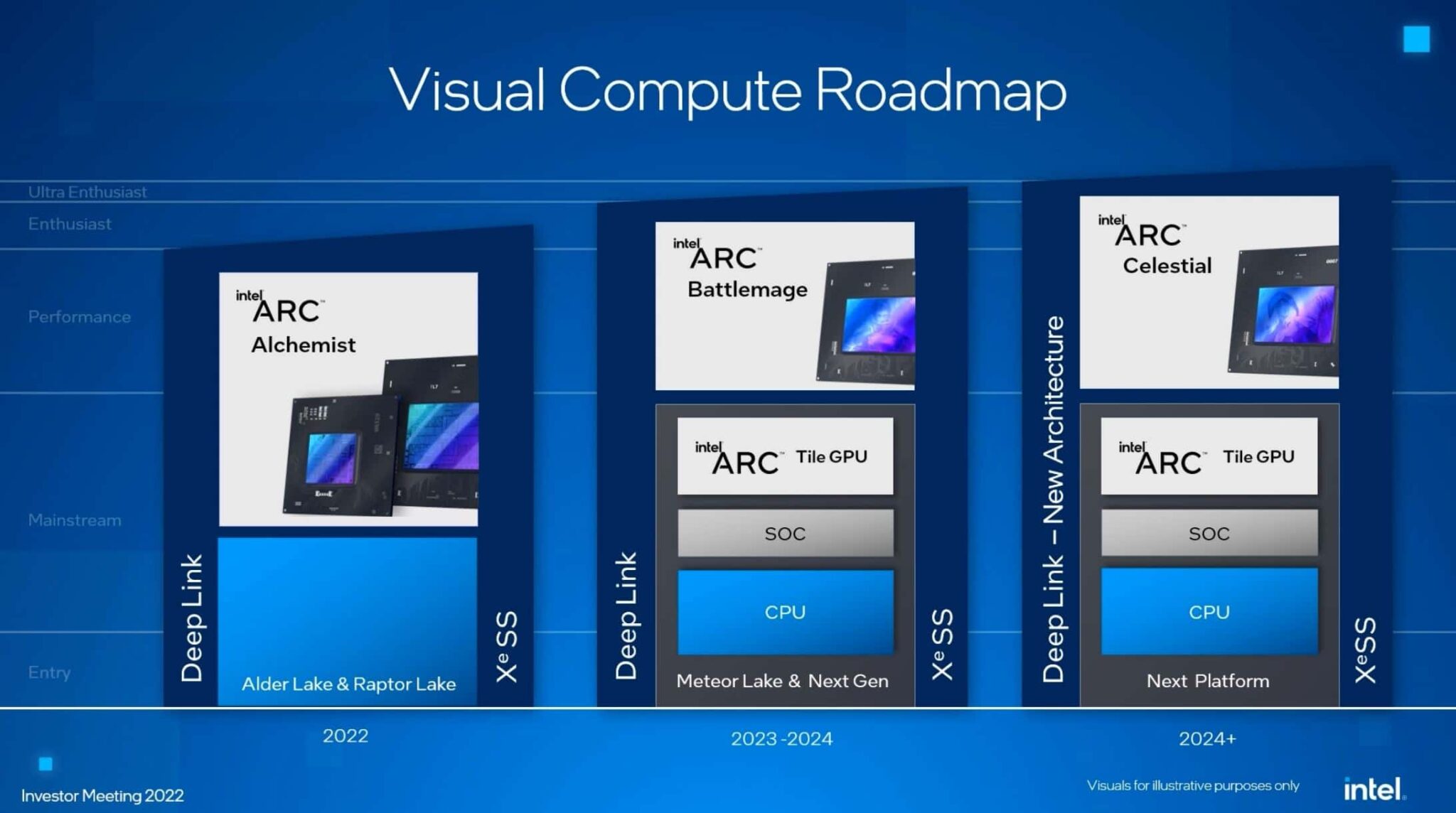 Finally, on GPUs, we will of course have the Alchemist cards this year which will arrive in the first quarter for laptops and second quarter for desktops. In 2023 and 2024, it will then be the Battlemage generation and Celestial for the post 2024. Interestingly, the next Intel processors will directly integrate a GPU die from the DGPU versions and no longer an iGPU designed specifically for.