At CES 2022 next January, AMD should unveil a new mobile APU, featuring an RDNA2 iGPU with performances close to desktop GPUs!

On January 4, AMD will hold a conference during which the brand should announce several new products, including the replacement of the Cezanne processors by the Rembrandt. 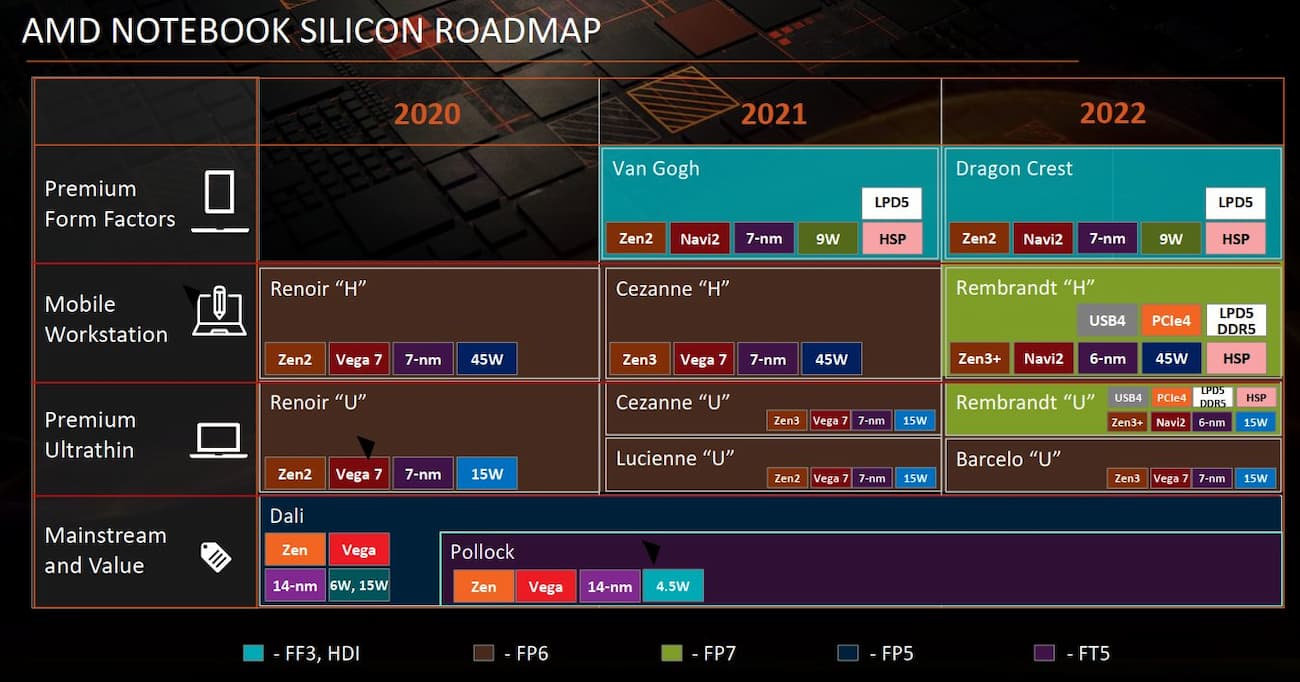 Rembrandt H processors would use an architecture called Zen 3+ (which would be just a change of IO) with as novelty an engraving in 6nm, the compatibility with PCIe 4.0, LPDDR5 and DDR5 on FP7/FP7r2 and AM5 sockets

. The biggest change is on the side of the iGPU with the abandonment (finally!) of the vega architecture to be replaced by RDNA2 with up to 12 CU.

Today, we learn that this new iGPU would promise very good performance in front of the competition in the field of laptops, and even start to titillate the desktop GPU low-end. Indeed, shared on twitter by the leaker @9550pro, this iGPU would reach 2700 points on TimeSpy.

). The iGPU even manages to surpass some older low-end GPUs, like the GTX 1050 Ti and even start playing in the GTX 1650/Ti mobile class. The Rembrandt APU seems very promising on the graphics part against the Xe LP architecture that will integrate the mobile Alder Lake, taking advantage of high enough performance to run almost all games in a correct frame rate. The addition of LPDDR5 on laptop and DDR5 on desktop also allows to get the maximum performance from the iGPU.

The only black spot left would be the CPU part with 8 cores 16 threads Zen 3+, against 14 cores and 20 threads for the Alder Lake Mobile, which would thus remain ahead on this field. But of course, we will have to wait for the release and the first tests to realize the real performance of these new processors.