If you like unusual laptops, you’ve already seen an MSI Titan. Taking advantage of the arrival of the Alder Lake HX processors, MSI has decided to update its monster and is starting to communicate on the subject. The MSI Titan GT77 will have the largest Intel CPU with 16 cores while enjoying a little slimming (maximum thickness of 23 mm). A size still disproportionate to the rest of the laptops gaming. 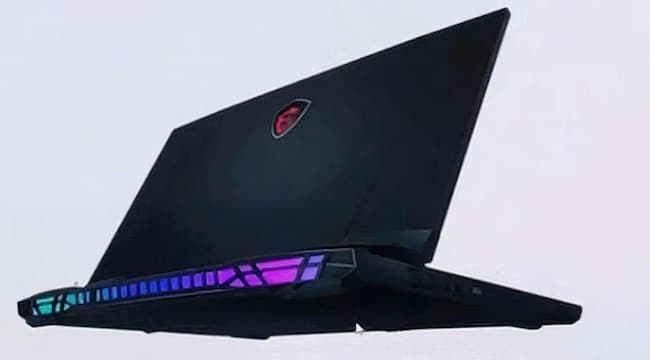 The GT77 is equipped with four RAM slots and four SSDs. On this last point, it takes advantage of the developments provided by the Alder Lake-HX series of processors. The Titan GT77 will be able to receive either 4K, 1440p or 1080p with a refresh rate up to 360 Hz. Finally, a constant in the series, the keyboard will be mechanical and equipped with Cherry MX switches. 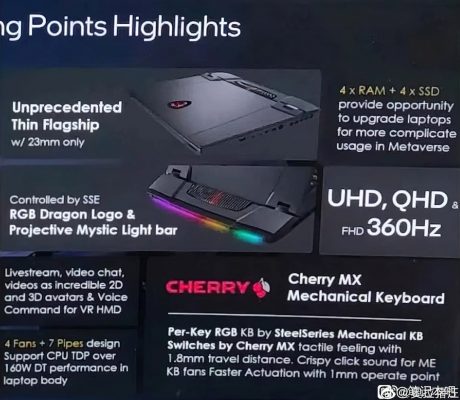 For the moment no official release date has been communicated. For the price, it will be spicy of course but it’s not really a surprise. The GT77 will be the first system to offer up to 250W of combined CPU and GPU power. These 250W only include these last two components, so don’t have any illusions about the autonomy of the transportable. 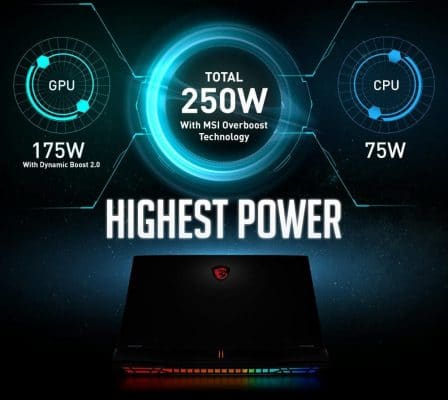