Here is the configuration that will be used for the test of this AORUS X670E Master. For the publication of these tests, I used the latest BIOS received although new versions will certainly be available in the coming days. In the coming weeks, we will also offer you several overclocking guides for your processor and memory kit.

A quick tour through CPU-Z to make sure everything is in order before we start our tests. The frequency and voltage are not fixed but are continuously changing. We will see in the test below if they are well respected.

An important point to check is that the frequencies are well respected with the processor we are using. If this is not the case, it could mean a problematic BIOS, because the frequencies of your processor must be reached. It could also be due to your cooling system if it is not efficient enough. The processor reaching too high temperatures will be limited and therefore reduce its frequencies.

Let’s see what happens with our Ryzen 9 7950X under Cinebench R23 in single core and multi core. According to AMD, our 7950X should reach a frequency of 5.7 GHz on a single core. 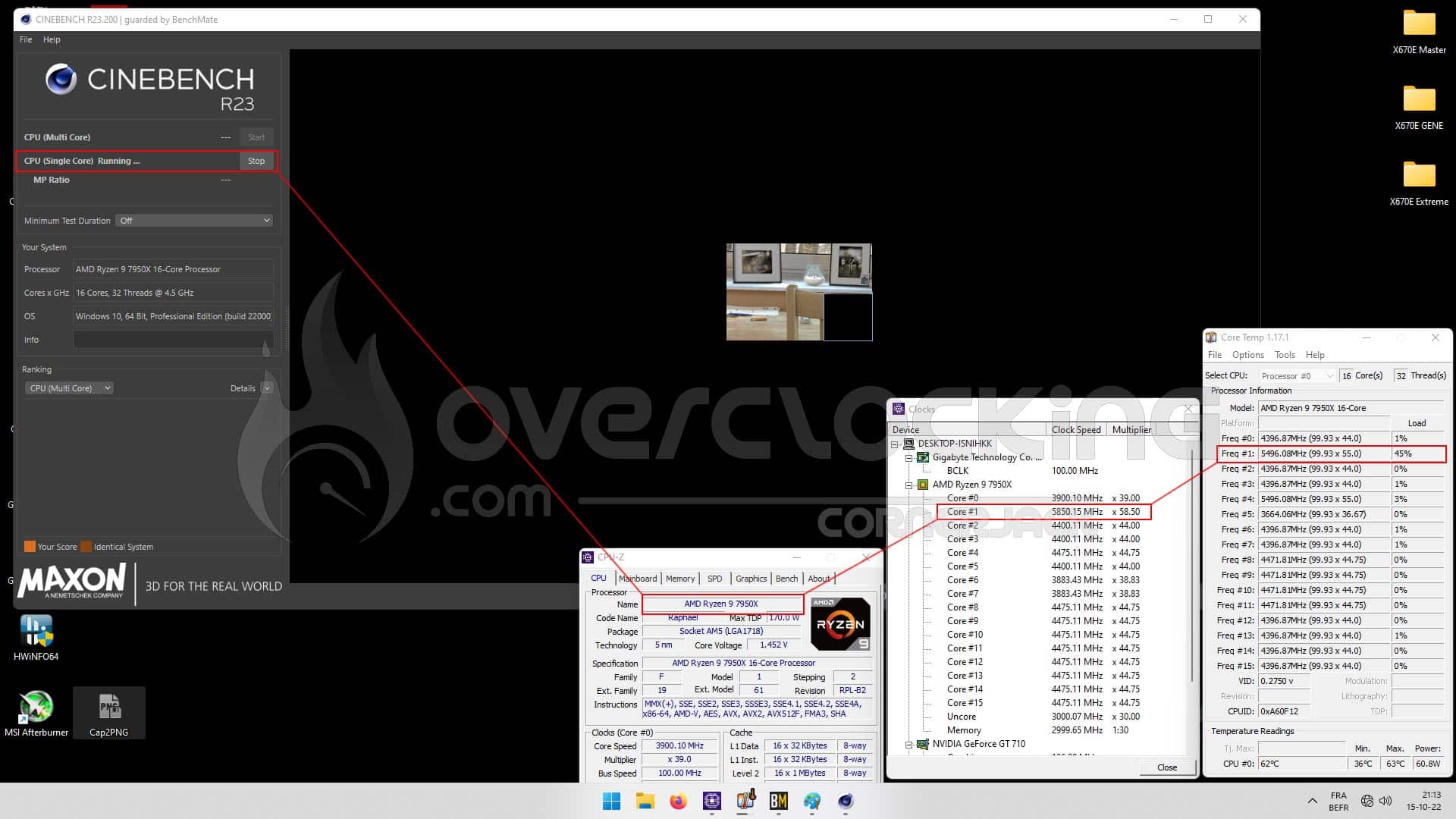 Good news because during the Cinebench R23 benchmark on a single core, we can see our frequency reaching 5825 MHz on core#1. This is excellent news and is also related to the good temperatures of our processor. 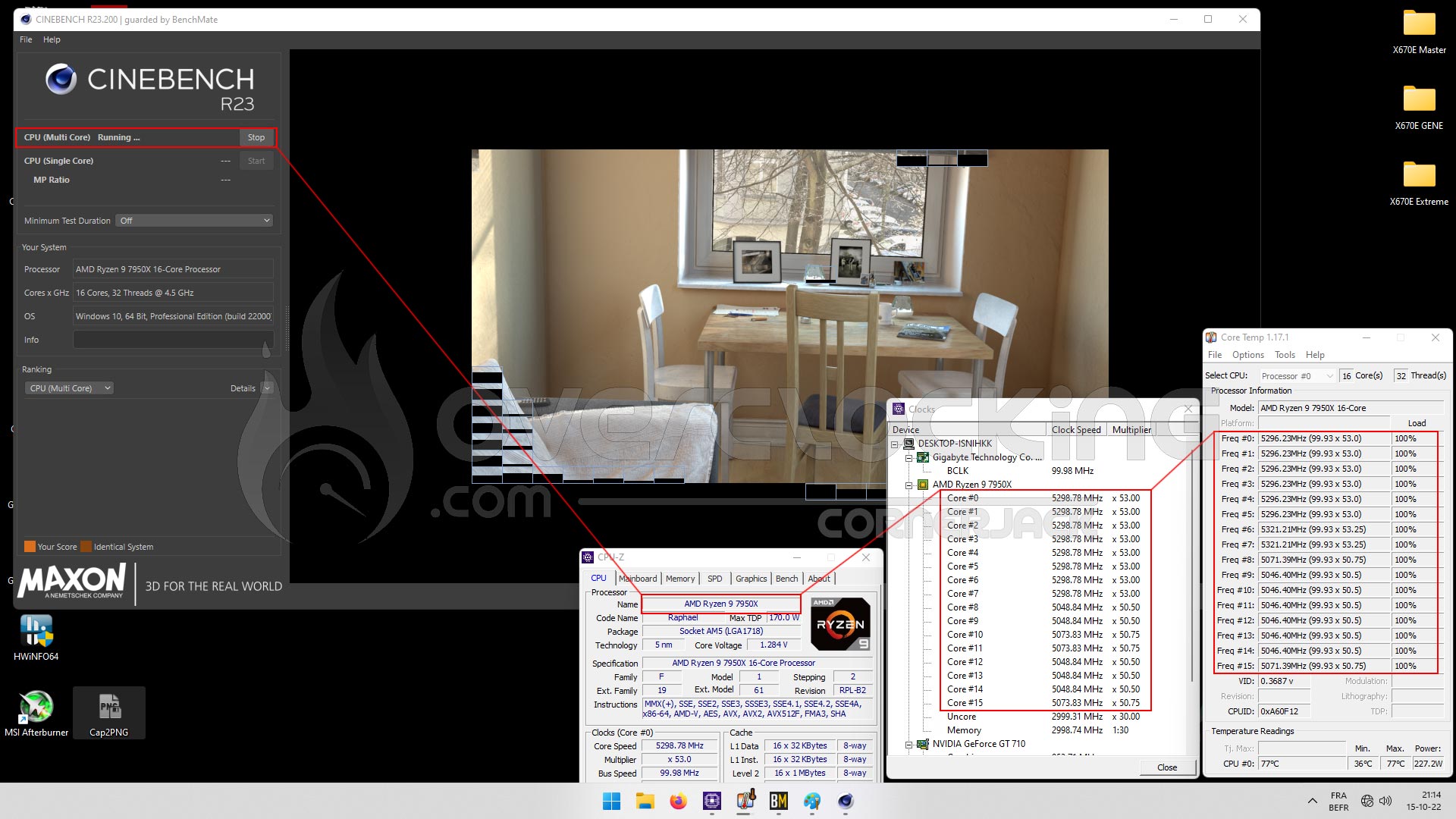 Once all the cores are used, the first 8 cores of the CCD0 reach 5300 MHz and the other 8 cores of the CCD1 reach 5075 MHz. Our processor is thus perfectly operational to attack our tests with a CCD0 more powerful than the CCD1. We will take this into account when overclocking this Ryzen 9 7950X.