We had to have one, and well it’s with this ROG Crosshair X670E Gene from Asus that we’ll start our series of tests of the new AMD motherboards. AMD will first release the X670 and X670E chipsets and then, in October, the B650 and B650E chipsets. These new motherboards feature the new AM5 socket, DDR5 support and depending on the chipset PCIe Gen5 and/or SSD Gen5.

But let’s get back to the ROG Crosshair X670E Gene, which is in itself a small revolution, as it is the first time that Asus is offering a model from the Gene series on an AMD chipset. This series is characterized by its micro-ATX format of 244 x 244 mm. It is a model that has always been warmly welcomed by the community. Despite its small size, previous versions have always offered excellent overclocking potential ! 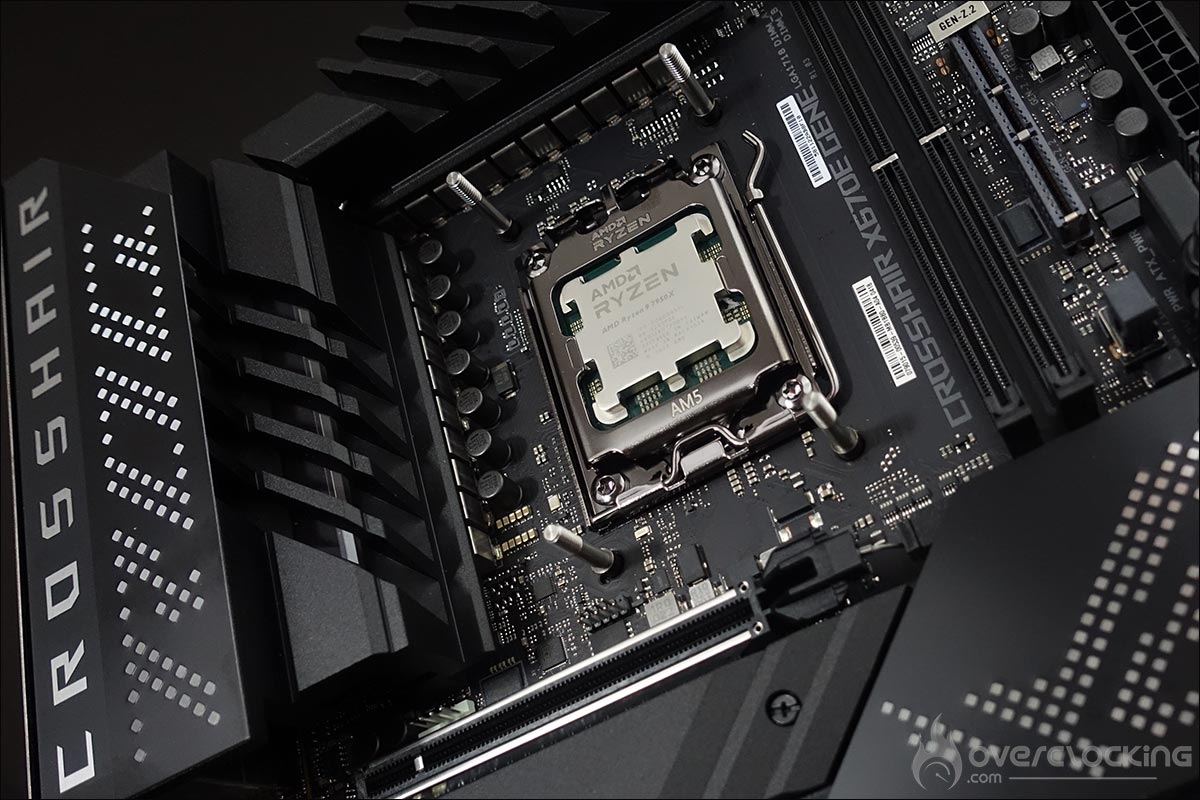 Don’t forget that yesterday we posted an article dedicated to the performance of the Ryzen 9 7950X, Ryzen 9 7900X, Ryzen 7 7700X and Ryzen 5 7600X. A special thank you to Asus for giving us the opportunity to offer you this test of the ROG Crosshair X670E Gene for the end of the NDA.