We now move to the stage of assembly of our configuration inside this G360A from Phanteks. Here are the components that will be used for the assembly: 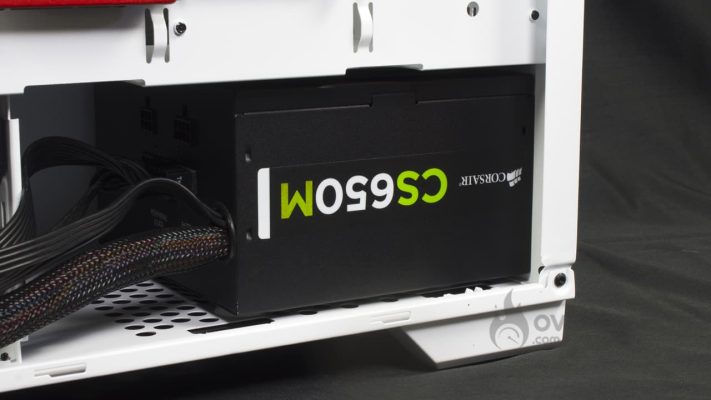 The storage part will easily fall into place. For the SSDs, we will start by removing a plate by pulling it up. Then, we place our storage medium and screw it on. Putting it back in place is simple, just place the board on the anti-vibration lugs and pull down.

For the hard disks, we will have to recover a basket by taking it out of its cage. Then, we “unlock” it by pulling the side tabs and we place our HDD and close it. The disk will be maintained thanks to a system of cleats present on the baskets. It does not remain any more but to put back the unit in its cage. 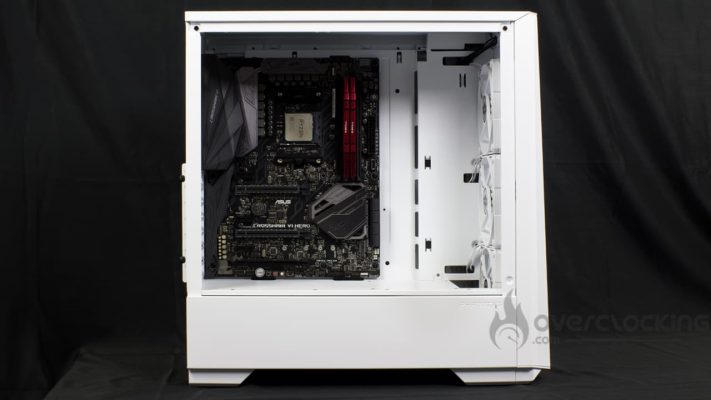 If everything was going well until now, it’s while installing the motherboard that we encountered a little difficulty. As you know, the Asus Crosshair VI Hero has a shield on the audio part, which creates an extra thickness at this level. During the assembly of the latter, the shield was hitting a rivet in the expansion slots. To fix the problem, we had to remove the stud in the center of the G360A’s motherboard tray to allow for a little clearance, which allowed us to install our motherboard.

In this case, we can only advise you to start with the hard disk cage. Given its location, if you end the assembly with this one, it could be complicated because all the other cables will go in front of it. This could be a problem when it comes to accessing the SSD/HDD connectors.

Otherwise, this part does not present any particular difficulty since we only need to power our storage media and connect them to the motherboard via SATA cables. As usual, we hide the excess cable under the power tunnel.

We continue with the control panel which is simplified to the maximum. Here, there will be only the USB ports, the jack and the power button to connect to the motherboard. There are no status LEDs or reset button, which reduces the amount of cable.

For the time being, we take the opportunity to run these cables along the power supply cover at the bottom. The audio header will come out towards the back of the case while the USB and the power button will come out at the first opening of the power cover. 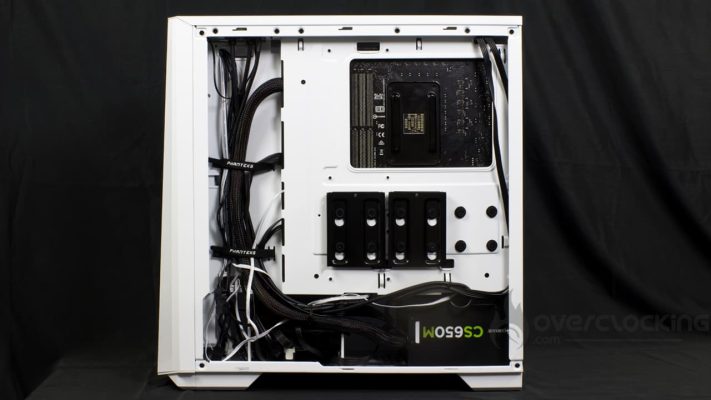 As for the motherboard, theEPS12V for the processor will come out from the top, towards the back of the case. Be careful though, as the opening is narrow, you should not hesitate to separate the double 4+4 pin connector to make it go through, that’s what we had to do.

As for the 24-pinATX, we put it up in the gutter, towards the front of the case while it runs along the hard disk cage at the bottom. Here, the velcro strips will help to keep it in place. Very practical. The connector itself will come out through the highest opening to end up plugged on the motherboard.

Unlike an H7, this G360A does not have an opening in the power supply cover to pass the PCIe power cables. So we find ourselves exploiting the front gutter and bringing out the 6+2 pin connectors under the 24 pin ATX. Once again, the Velcro strips will help to secure the connectors. 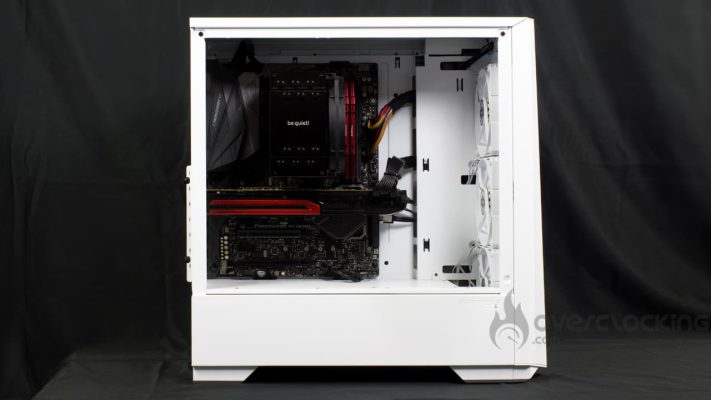 We finish the assembly with the installation of the graphics card and the CPU cooling unit. For the GPU, we will have to remove the PCIe brackets corresponding to the slot of the graphics card, for us this corresponds to the second and third slots. Once removed, we place the graphics card that we screw to the case. The only thing left to do is to secure the whole thing by putting the rear plate back in place (held in place by two hand screws).

For the cooler, no particular problem since the large backplate access offers a nice opening on the back of the motherboard. So we can operate without fear. 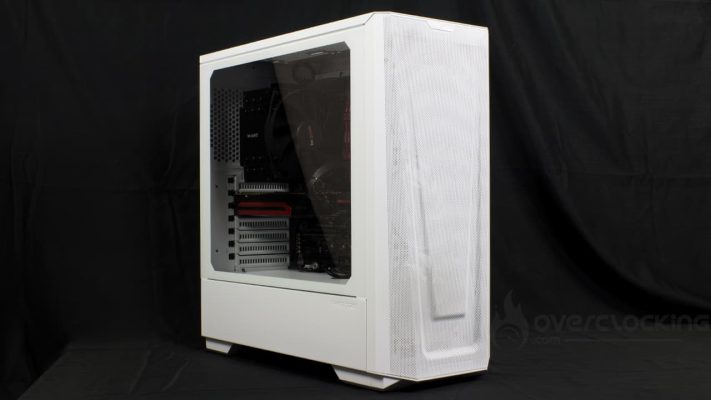 In the end, to mount your configuration in the G360A, you’ll have to proceed in order if you don’t want to be put in trouble. Indeed, we can only advise you to start with the storage part, otherwise it may be obstructed by the rest of the connectors.
Otherwise, be careful with your motherboard, if it has, like ours, a shield on the audio part, it may get stuck at the expansion slots, the fault of a too prominent rivet.
Finally, we would have appreciated slightly larger openings on the top of the motherboard tray. As it is, the 4+4 pin connector for the CPU will have to be split in two to fit it in!