We now move to the assembly stage of our configuration inside this H7 Flow from NZXT. Here are the components that will be used for the assembly: 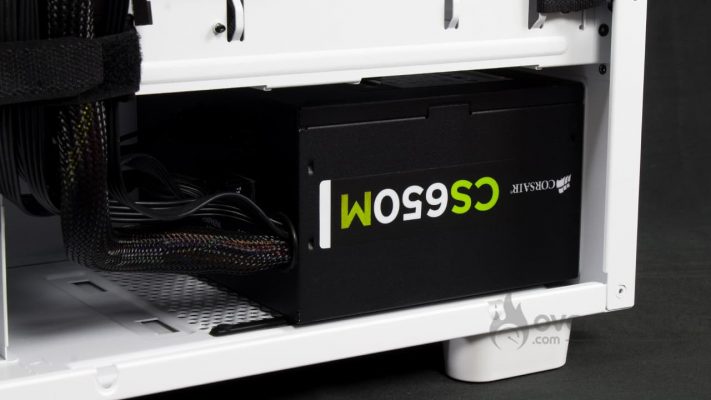 The installation of the power supply is done by simply sliding it through the side of the case. All that remains is to screw it in from the back where four screws are required. Once in place, the power supply rests quietly on the rubber strips just below.

Before we move on to storage, a quick word on compatibility. With an HDD cage at the closest, we measure 25 cm against 28 cm when it is the farthest from the power supply. Potentially, there is no limitation if you remove the cage completely.

Unfortunately, NZXT continues to offer such a basic and impractical hard disk cage. Indeed, to install a hard disk, you will have to simply remove it. Then, we insert our disk, we screw it and we put the cage back in place. Clearly, a basket system would have been more practical.

On the other hand, for SSDs, it is the usual turntable system held in place by a single screw. Basically, all you have to do is remove the board, screw your SSD onto it and put it back in place.

Installation of the motherboard 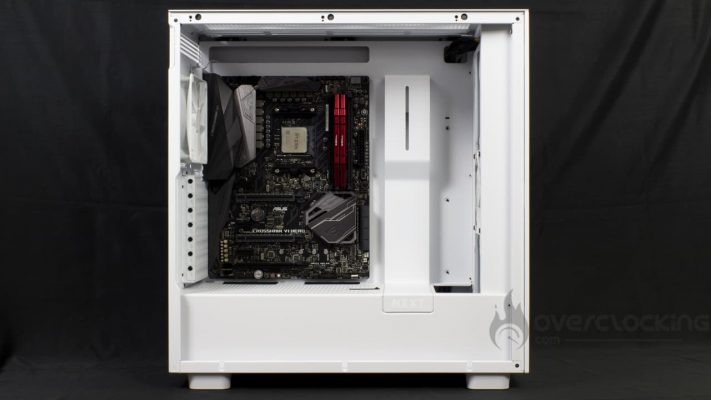 We continue with the motherboard which does not oppose any resistance, far from it since it is enough to deposit it in its place. Then, eight strokes of a screwdriver and here it is installed and properly maintained.

As usual, we start the wiring with the control panel and we have to admit that the guides are very practical. Indeed, the connectors are correctly directed by the first guide, at the front of the case… Except for the USB type C cable. For this one, we make him take the second guide, then a small loop to make it come out at the right place to be connected to the motherboard.

The rest of the cable goes along the bottom of the motherboard slot. To plug it in, we exploit the two openings at the power supply cover. 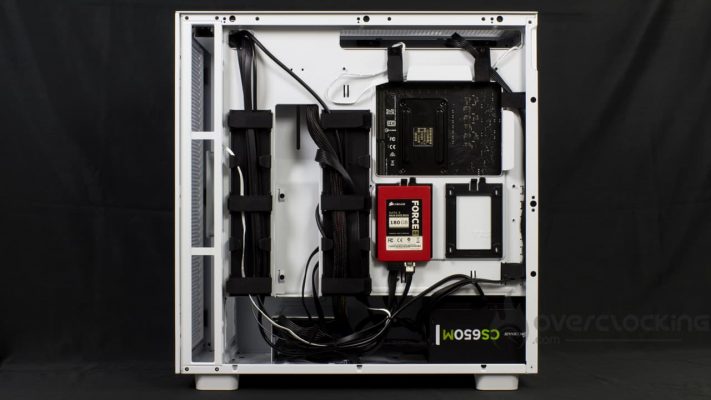 We now move to the connection of the motherboard and we start with theEPS12V to the CPU. This cable is routed through the back of the H7 Flow and will come out of the top of the case. To properly attach it, just use the velcro strips on the way.

The 24 pin ATX will go up the motherboard through the first guide. Again, we use the velcro strips available for plating.

On our side, we chose the first option, which we consider to be more satisfactory. In fact, the PCIe cable simply runs along the motherboard alongside the 24-pinATX

For the storage part, we only used a single SATA strand. Our SSD slot and the drive slot are close enough that we didn’t have to pull a second cable. Finally, the surplus of SATA cable coming out of the motherboard is directly stored in the free space of the hard disk cage. Finally, we use some nylon collars to make a small cable bundle with the control panel connectors.

Installation of the cooler and the graphic card : 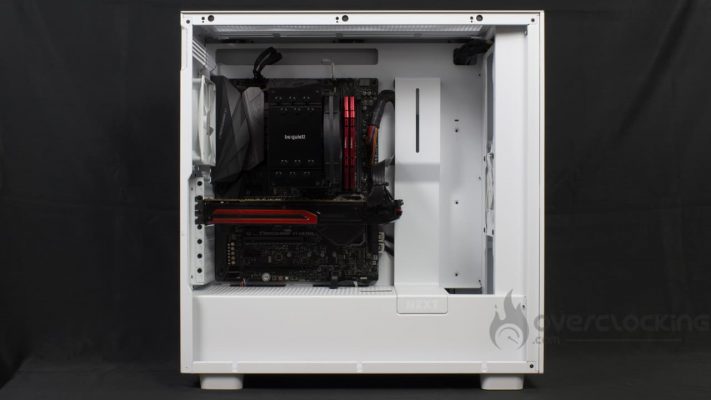 Finally, we finish the assembly by installing the CPU fan, here, a Dark Rock 4 from be quiet! Its installation was not complicated since we were able to maintain the backplate correctly thanks to the large access behind the motherboard.

As for the graphics card, same thing: we remove the annoying PCIe brackets and plug it into its slot. Of course, we must not forget to secure it by screwing it to the case. But before moving on, you should know that you will have 400 mm of space for it. In addition, it will be possible to install its GPU vertically with a support billed at $89.99 with a PCIe 4.0 riser. 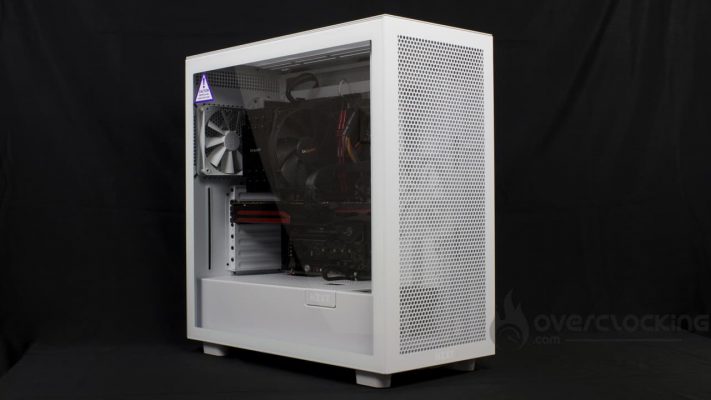 Finally, the criticism remains the same for the majority of the NZXT cases we test. Mounting and wiring is simple, just a shame to find such an impractical HDD cage. It will require a complete removal each time a storage medium is added/removed. In short, we want baskets!