Inside the H510 Flow

To flip inside the case, you’ll have to unscrew three screws that remain attached to the panels they are attached to. Then, we just have to move the panels away from the case to see what’s going on inside

Inside this reference, no doubt, we are in familiar territory. Indeed, the chassis remains identical to that of the H510 Elite. We find the famous lower compartment for the power supply with the motherboard slot at the top. Moreover, this case is compatible with ATX, micro-ATX and mini-ITX format cards.

Otherwise, openings are present everywhere around the motherboard tray, convenient for the passage of cables. Already, at the bottom, there are two openings as well as two large ones at the top and on the right side of the tray. Finally, a long plate with the logo ” NZXT ” is part of the game to hide the SATA cables and the 24-pinATX as well as possible.

Basically, we have two areas for storage, the first of which includes two small boards for 2.5″ units. They are held in place by a small Phillips screw on the back of the motherboard tray.

The second one includes a hard disk cage with three 3.5″ slots or two 3.5″ slots completed by a 2.5″ on top of the cage. The latter is located in the power supply compartment. It should be noted that the cage can be moved closer to or further away from the power supply, or even removed completely.

On the other hand, the cage remains identical to the other versions of the case, so to add or remove storage, it will have to be completely removed from the case… Which is not practical if you already have hard drives in place. 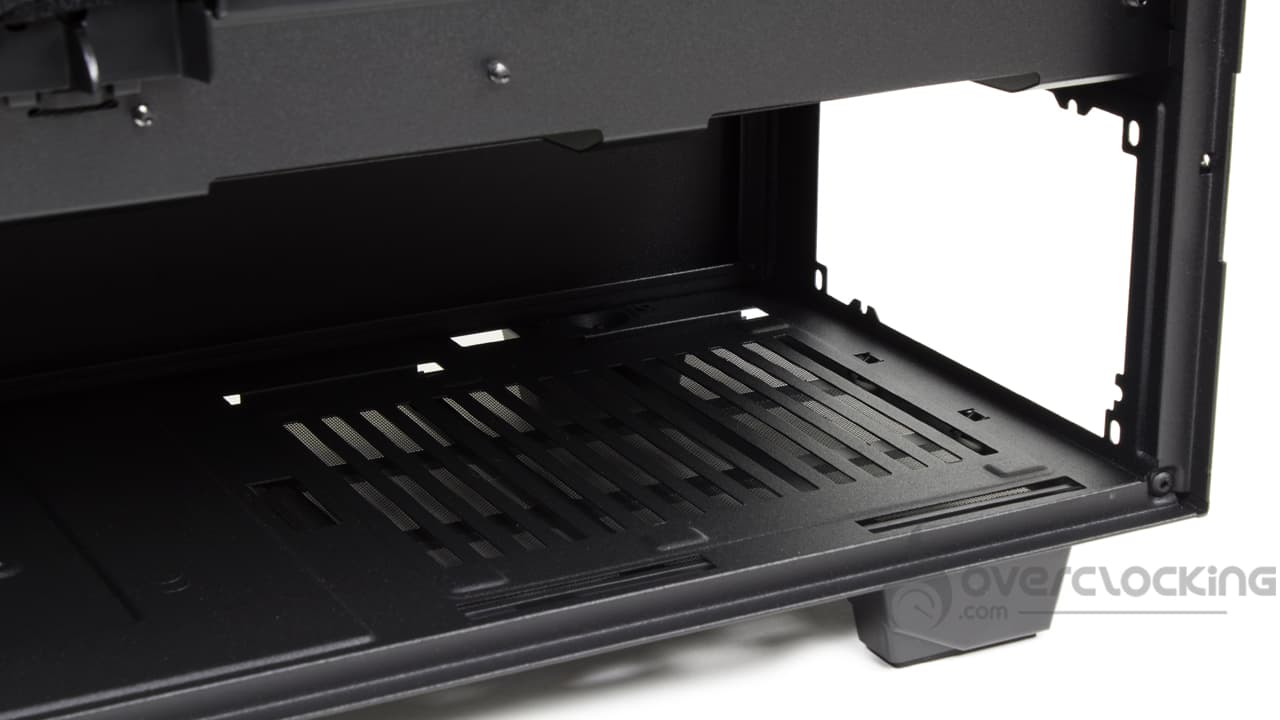 The power supply slot is located at the bottom of the case and remains totally classic. At this place, there will be no device to reduce the possible vibrations produced by the block. Only some studs are molded directly from the steel of the case, but that’s all.

Finally, this slot is intended to accommodate ATX format power supplies. As for the total depth of the block, it will be able to display up to 38 cm if you remove the HDD cage positioned just in front.

Now we come to an important chapter regarding the cases since we will talk about the cooling possibilities. This version has two 120mm Aer F fans operating at up to 1200rpm and generating an airflow of 50.42 CFM. These fans are located at the front to provide fresh air and at the back to expel hot air.

As far as watercooling is concerned, it will be possible to install 280/240 mm radiators at the front. At the rear, if you wish, you can opt for a small 120 mm radiator. However, at the top, even if you can position a fan up to 140 mm, there is no official compatibility. We therefore remain rather limited on this type of installation.

Finally, as far as the air cooling fans are concerned, we have a clearance of 165 mm in height. This is the limit to fit a large Noctua NH-D15 chromax.black. 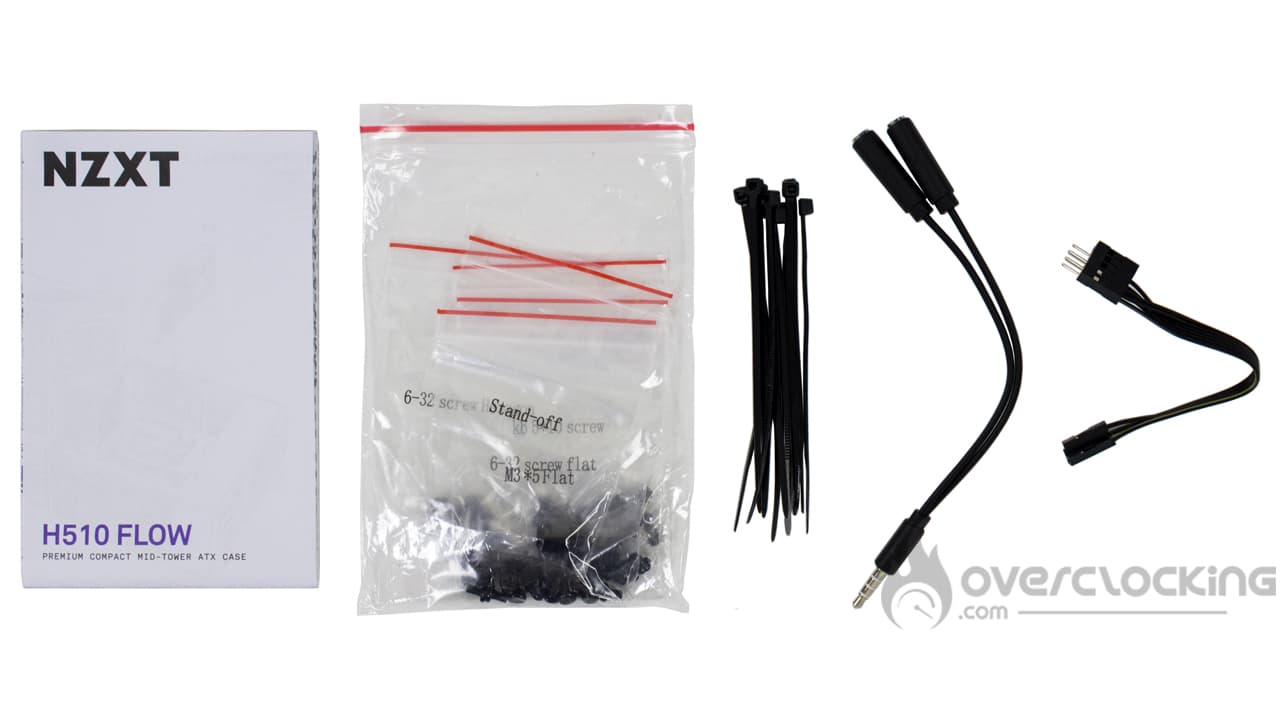 As for the accessories part, what can we find?

Finally, the same conclusion as for the H510 Elite concerning the accessory part. The jack adapter can be useful if your headset uses two distinct connectors: one for the headset, the other for the microphone. The same goes for the control panel adapter, depending on the motherboard, the pinout scheme may be different. Finally, this is especially true on older models.

To finish, we will focus on the strong points put forward by NZXT on this model. First of all, there are some very useful aids for cabling. These take the form of cable guides with Velcro strips to facilitate their placement. They are present in two places:

Finally, there is a removable plate on which the front panel fans are mounted. It is maintained by two hand screws.

Roughly speaking, no real surprise with this H510 Flow case signed NZXT since it is based on the same chassis as the other models in the series. It’s just a “basic” model since, unlike the Elite version, it doesn’t have a control box, a LED strip or a vertical expansion slot.