Despite a more violent 65W profile, the latter still represents the least stressful phase of this protocol. It allows to highlight the performances obtained with compact/entry-level heatsinks. These results are only indicative for the largest heatsinks (AIO, large dual tower heatsink, etc.). 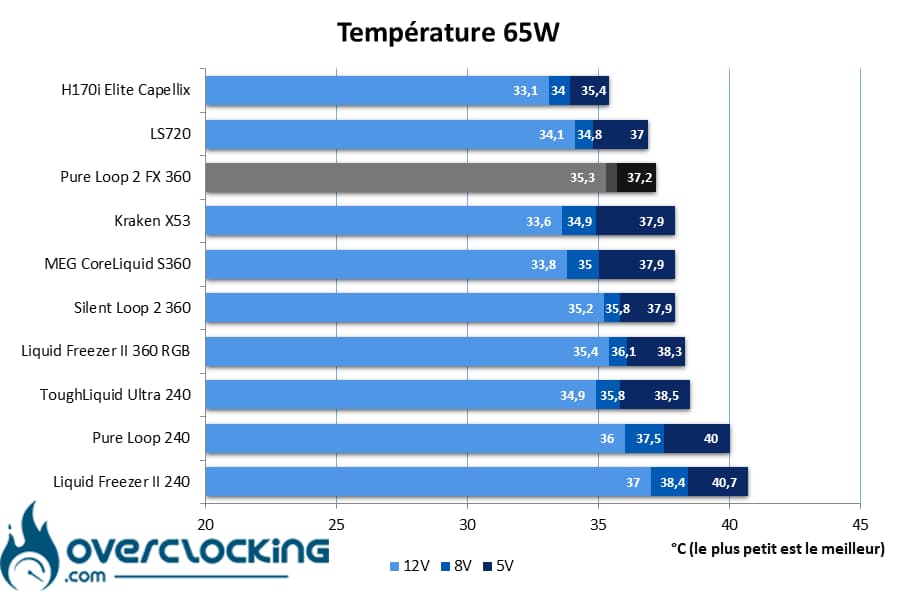 In 65W, if the temperatures at low speeds are interesting: less than 38°C, at higher speeds, it is a bit disappointing. Despite its high speed, the Pure Loop 2 FX 360 is “eaten up” by slower 240mm AIOs. We are thinking in particular of the Kraken X53 whose temperature difference is quite significant.

Here, our CPU will run at 3.90 GHz constantly and on all its cores. We apply a VCore of 1.375V to obtain a consumption of 95W approximately. To simplify the reading of the graph, we may have rounded some values to the nearest integer. 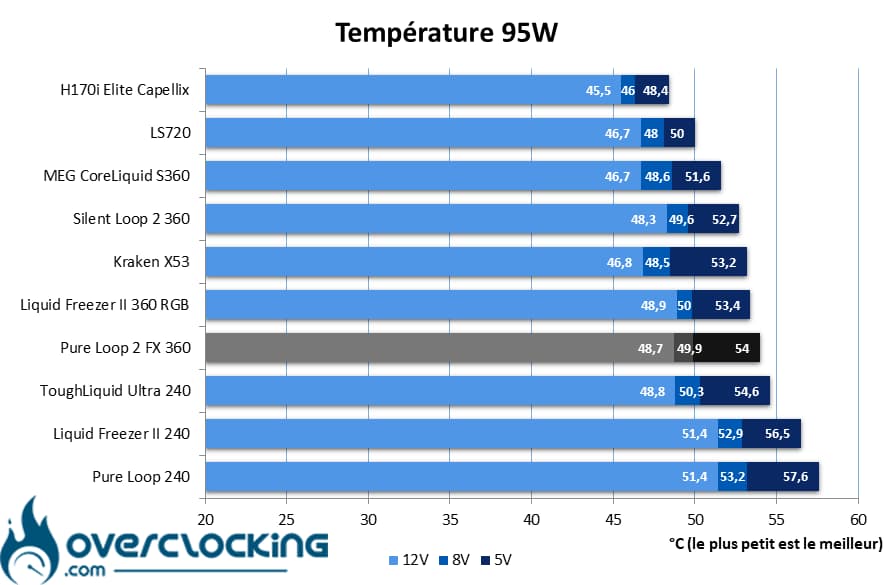 At 95W, the Pure Loop 2 FX 360 finds itself playing elbows with Arctic ‘s Liquid Freezer II 360 RGB and Thermaltake’s ToughLiquid Ultra 240 . In a second step, we realize that the Silent Loop 2 360 offers quite similar performance despite being from a higher range.

Finally, we finish with our 125W profile. Here the heat release is more important, let’s see how our AIO are doing! 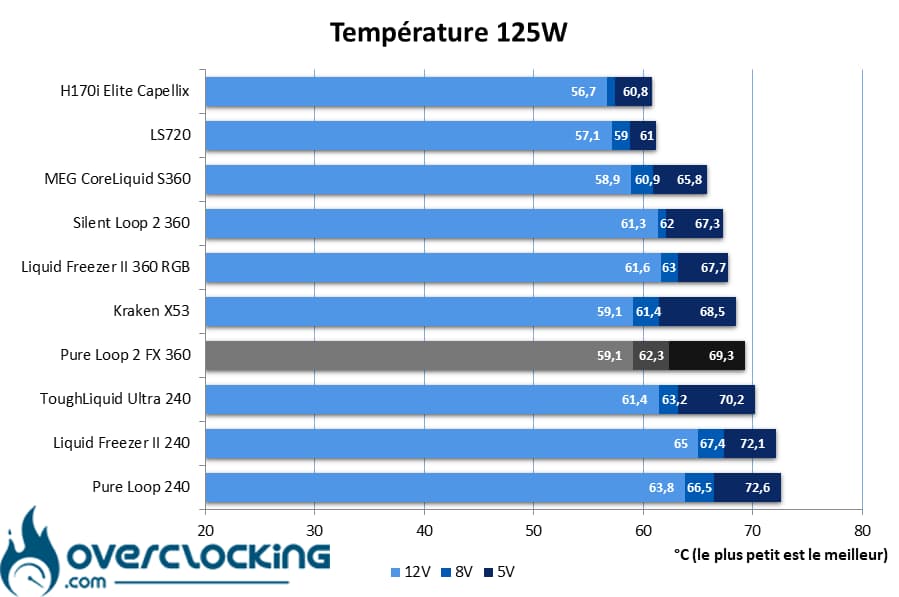 Finally, on our 125W profile, we find a rather competent AIO since it cools our processor correctly on its highest fan speeds. Nevertheless, as soon as we switch the fan to low speed, the temperatures increase. Moreover, this is detrimental to the Liquid Freezer II 360 RGB, which was more comfortable at higher speeds.

Overall, we find the Pure Loop 2 FX 360 to be a very capable AIO when its fan is running at high speeds. In these conditions, it can compete with higher end or even bigger kits. However, as soon as the kit runs on its lower RPMs, it starts to suffer from the competition. In case of overclocking, you should not hesitate to push the fans a bit.