So we start our series of temperature readings. Here, we start from scratch. Let us specify the fan speeds recorded during our readings (for 12V, 8V, 5V): 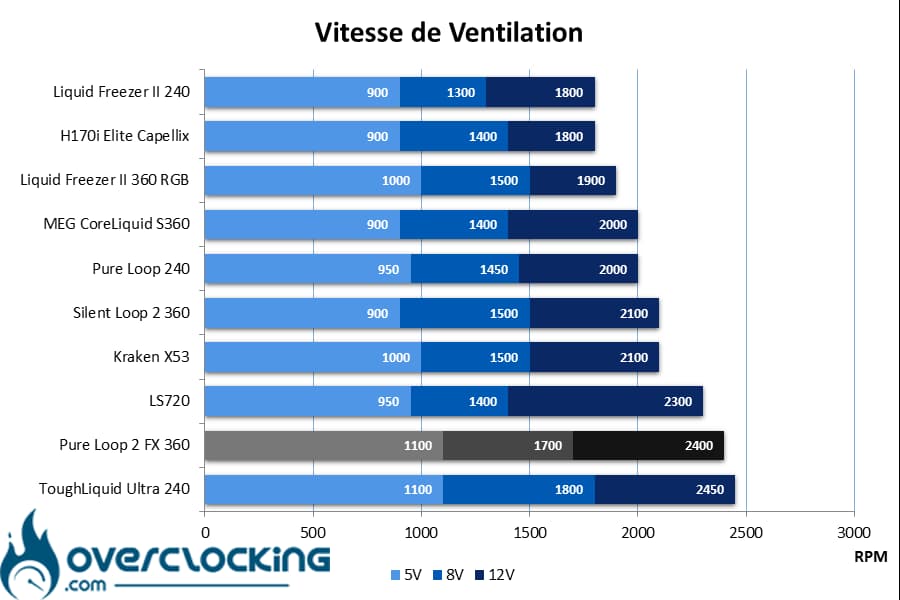 The first thing we will remember about the Pure Loop 2 FX 360 fans is that they are fast, very fast even. With their 2400 rpm, they are on par with the ToughFan 12 Turbo of Thermaltake’s ToughLiquid Ultra 240. 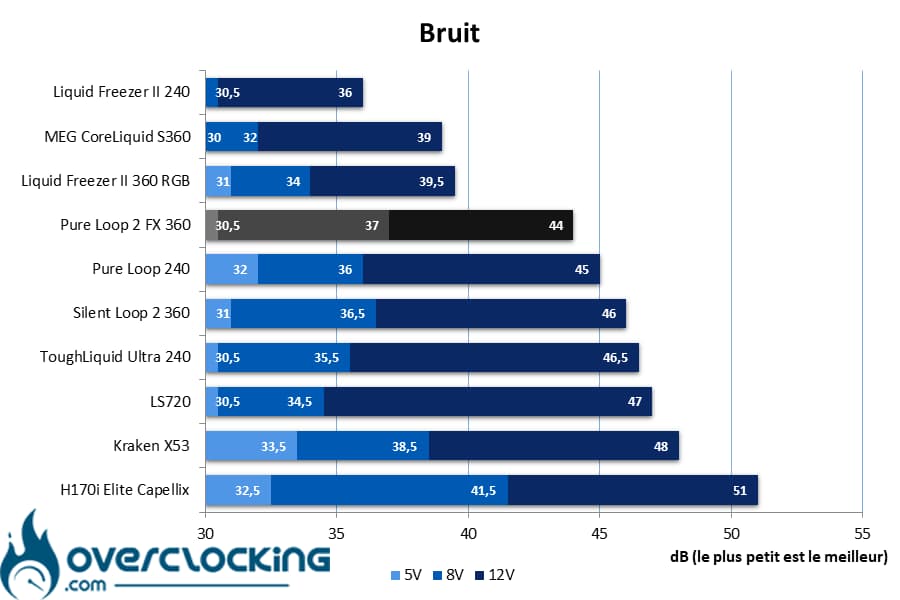 Despite the very high operating speeds, the noise level remains rather low for an AIO whose three fans operate at 2400 RPM. Indeed, 44 dB is not very much. In comparison, the Kraken X53 has only two fans which are also slower, but the noise level generated is higher: 48 dB.

If we regulate the Silent Loop 2 FX 360, the noise level drops quite quickly to 37 dB at mid-range, then 30.5 dB at low speed. In absolute terms, we can say that it offers a good speed/noise ratio. It remains to be seen how it will behave thermally.