The road has been long for Intel and its graphics cards. Nevertheless, the blue giant announced yesterday its Arc A770 in an official way. The price of the card and the launch date are now known.

For the time being, with this card, we should not expect performance worthy of an RTX 4090 or a future RX 7900 XT. No, this is not the purpose of this card, since Intel is focusing on the mid-range (the most lucrative sector). Indeed, the brand seems to be taking on NVIDIA ‘s RTX 3060 based on the graphics released so far by the company. In fact, during the announcement, the blues were talking about performance peaks of up to 65% in RayTracing, still against the 3060. 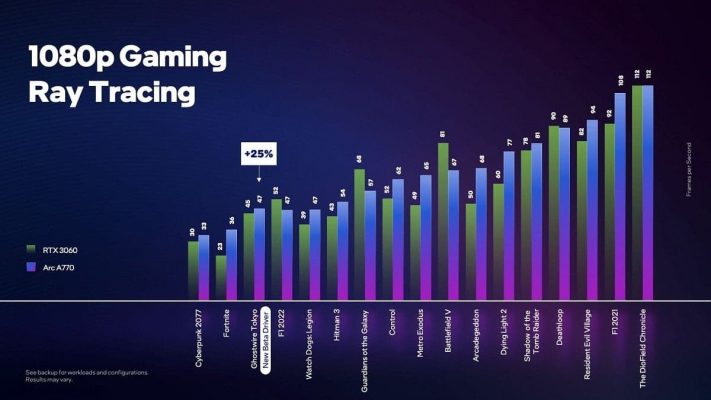 We finish with the selling price which is $329. It remains to be seen whether it concerns the Limited Edition version in 16 GB or the normal version in 8 GB. As for the availability, we will have to wait until October 12th!