In this “beginning” of the year, AMD presents the new driver for its graphics cards, which will bring several new features, such as an update of the FSR (FidelityFX Super Resolution) in version 2.0 and the RSR (Radeon Super Resolution). 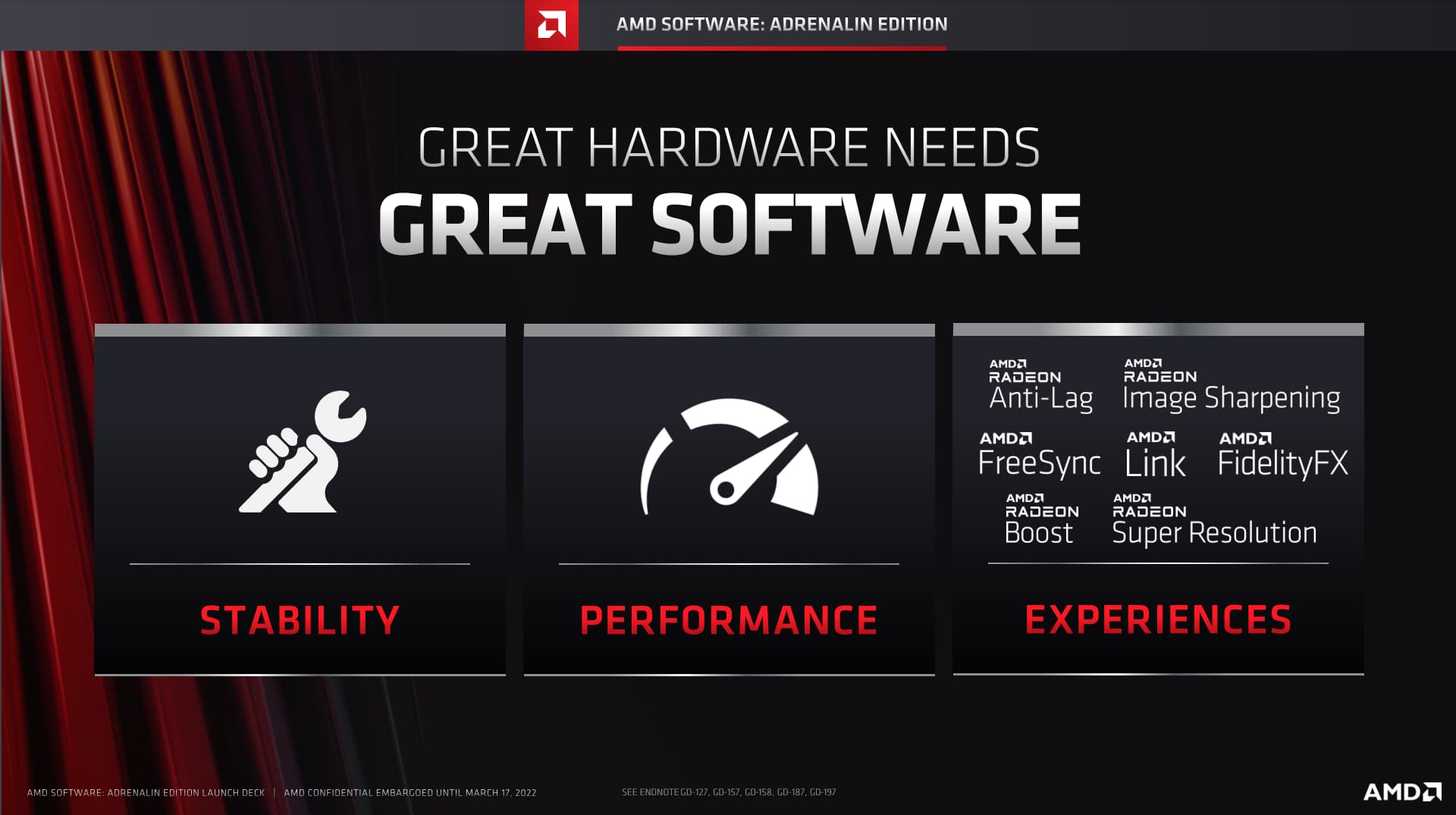 2021 has been a busy year for AMD thanks to the democratization of RDNA2 graphics cards, from the very high end to the low end, allowing them to compete with Nvidia (and soon Intel) on all types of markets. In addition, the software has progressed a lot and offers better performance and increased stability.

Moreover, 2021 will have been the year of the launch of several technologies such as FSR, direct competitor of DLSS which managed to offer a similar experience without the need for a dedicated core, all while being open source 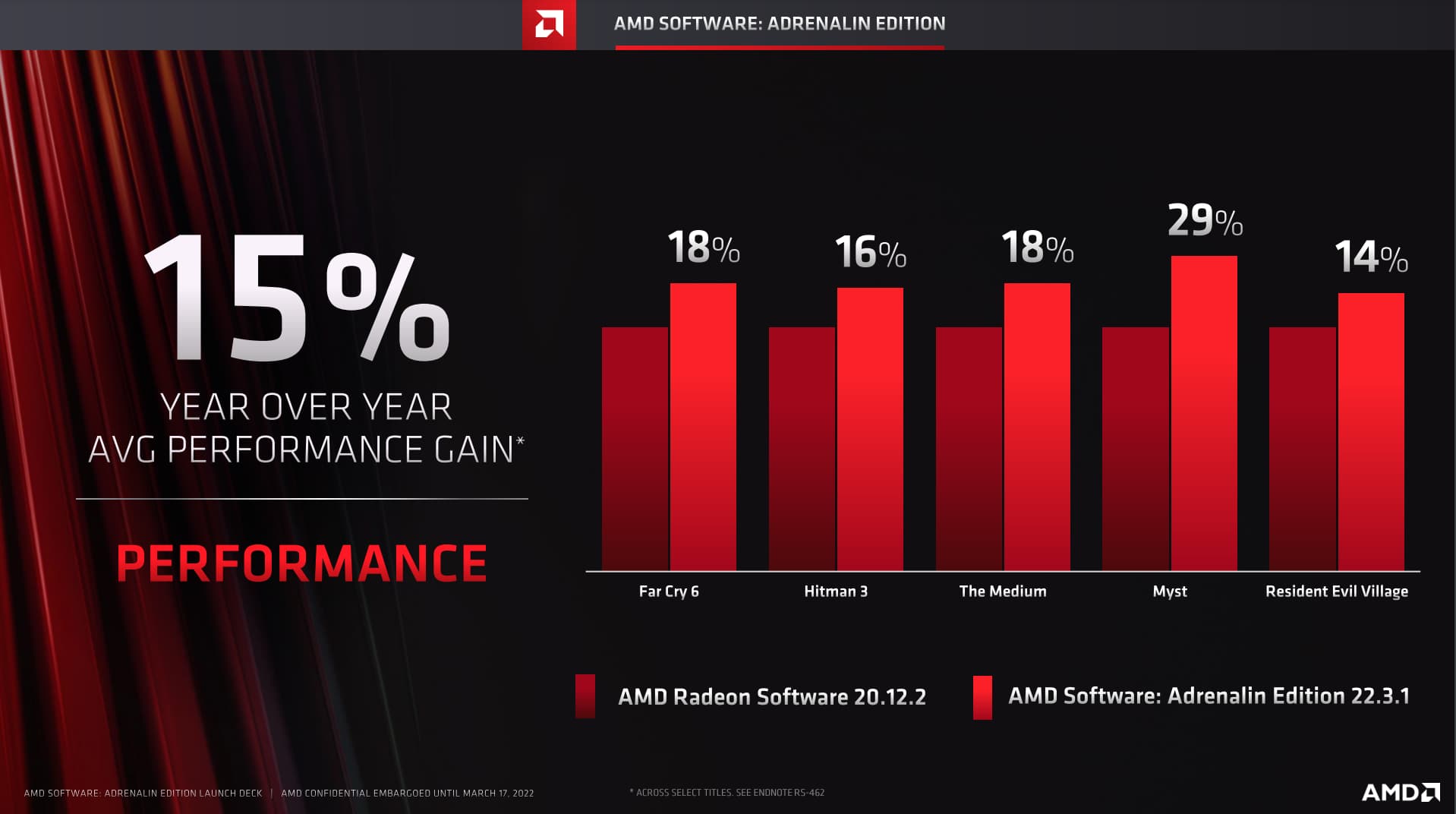 The Radeon Super Resolution on all games! 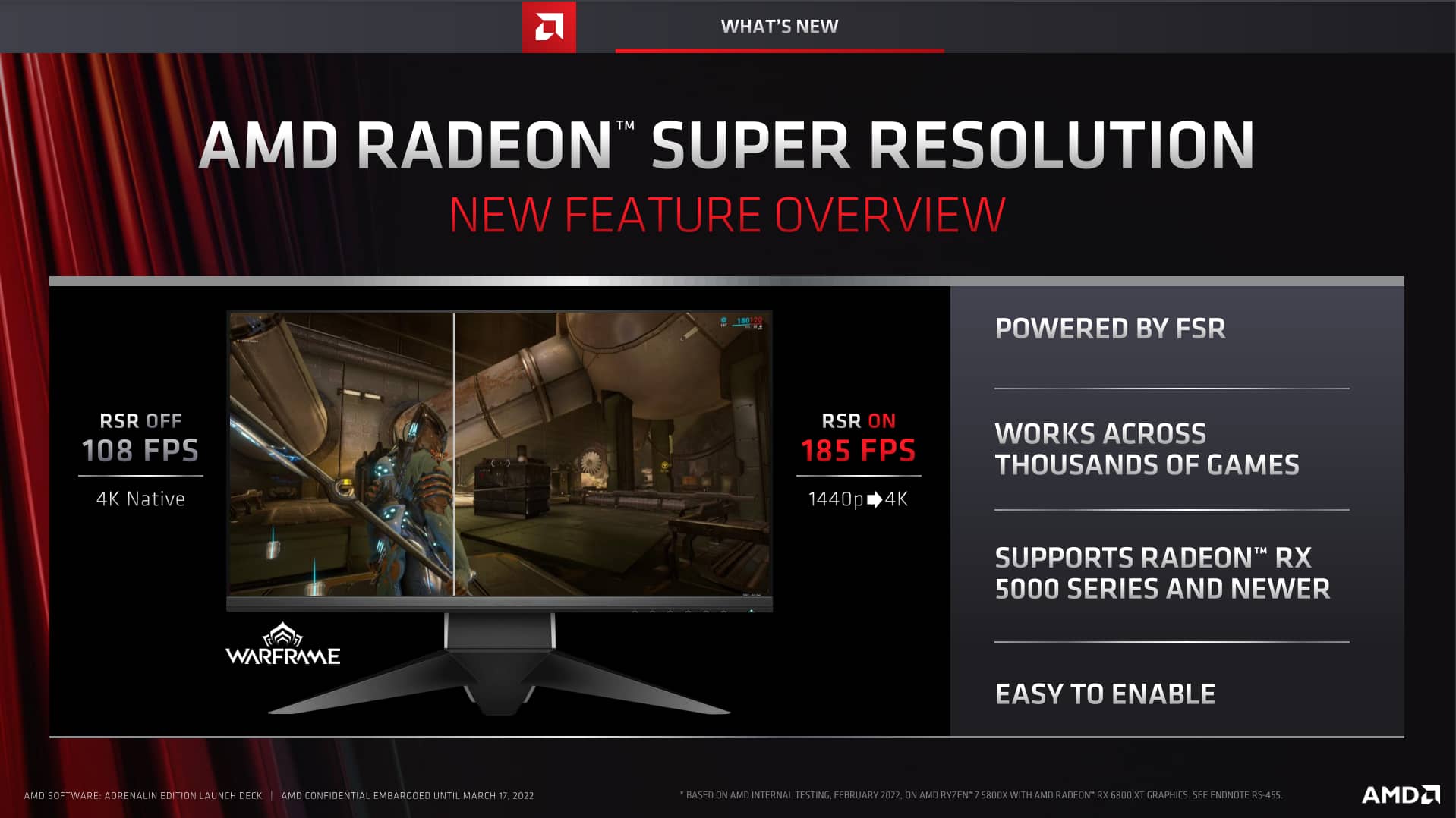 Here is the first novelty of its 22.3.1 drivers: the RSR (Radeon Super Resolution) using the FSR technology doing resolution upscaling to allow significant performance gains, all with the minimum impact on image quality. 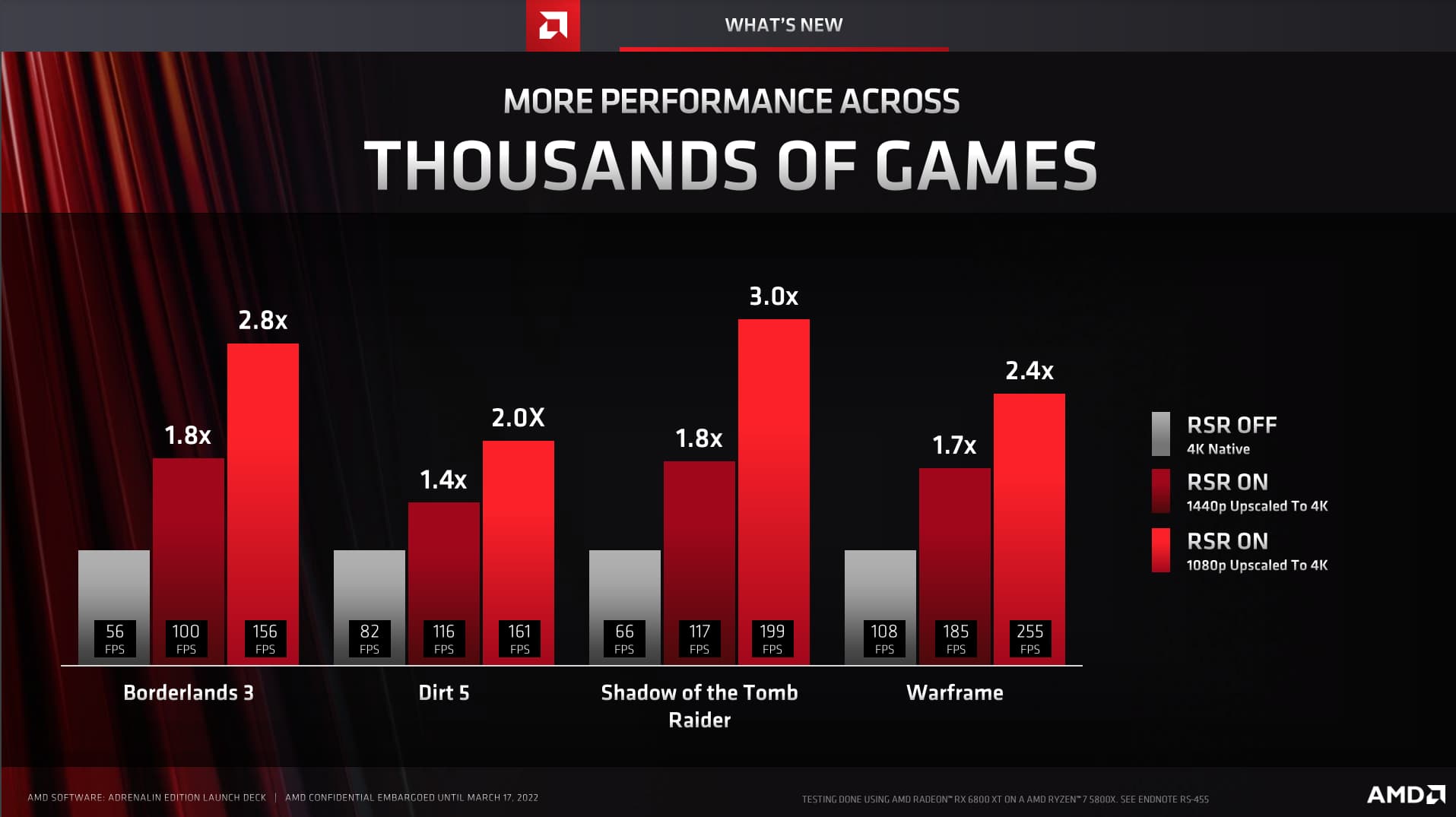 The RSR would allow considerable gains depending on the base resolution of the upscaling and the games, up to triple the performance in some cases.

The FSR improves in version 2.0! 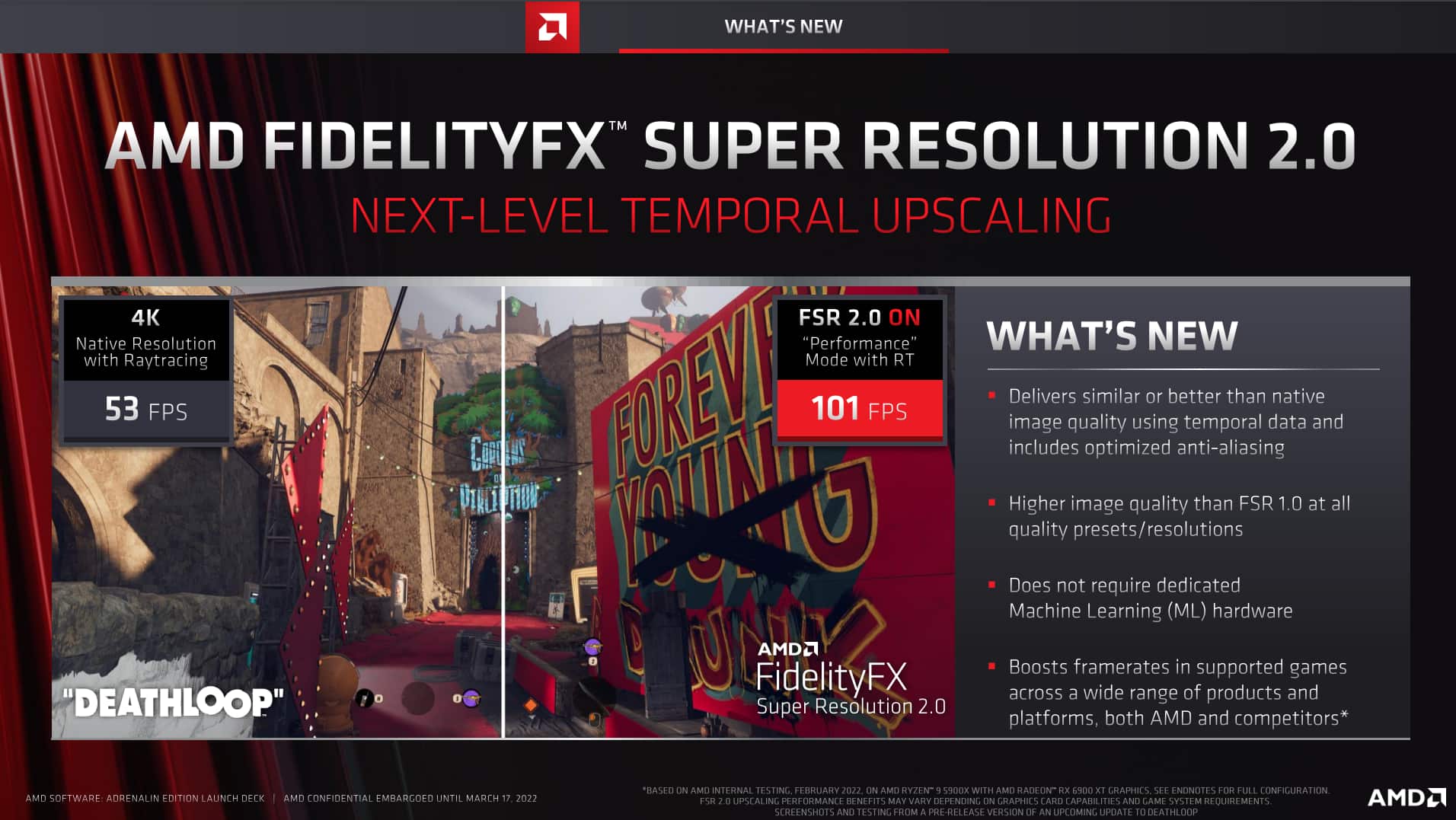 The second novelty concerns the FSR which will be in version 2.0 and will arrive in the second quarter of 2022, with the addition of Temporal Upscaling andantialiasing optimization, all without the need to have a dedicated hardware part (Machine Learning).

AMD promises to deliver a similar or better quality using FSR 2.0 against a native image, while offering of course an increased number of frames per second. 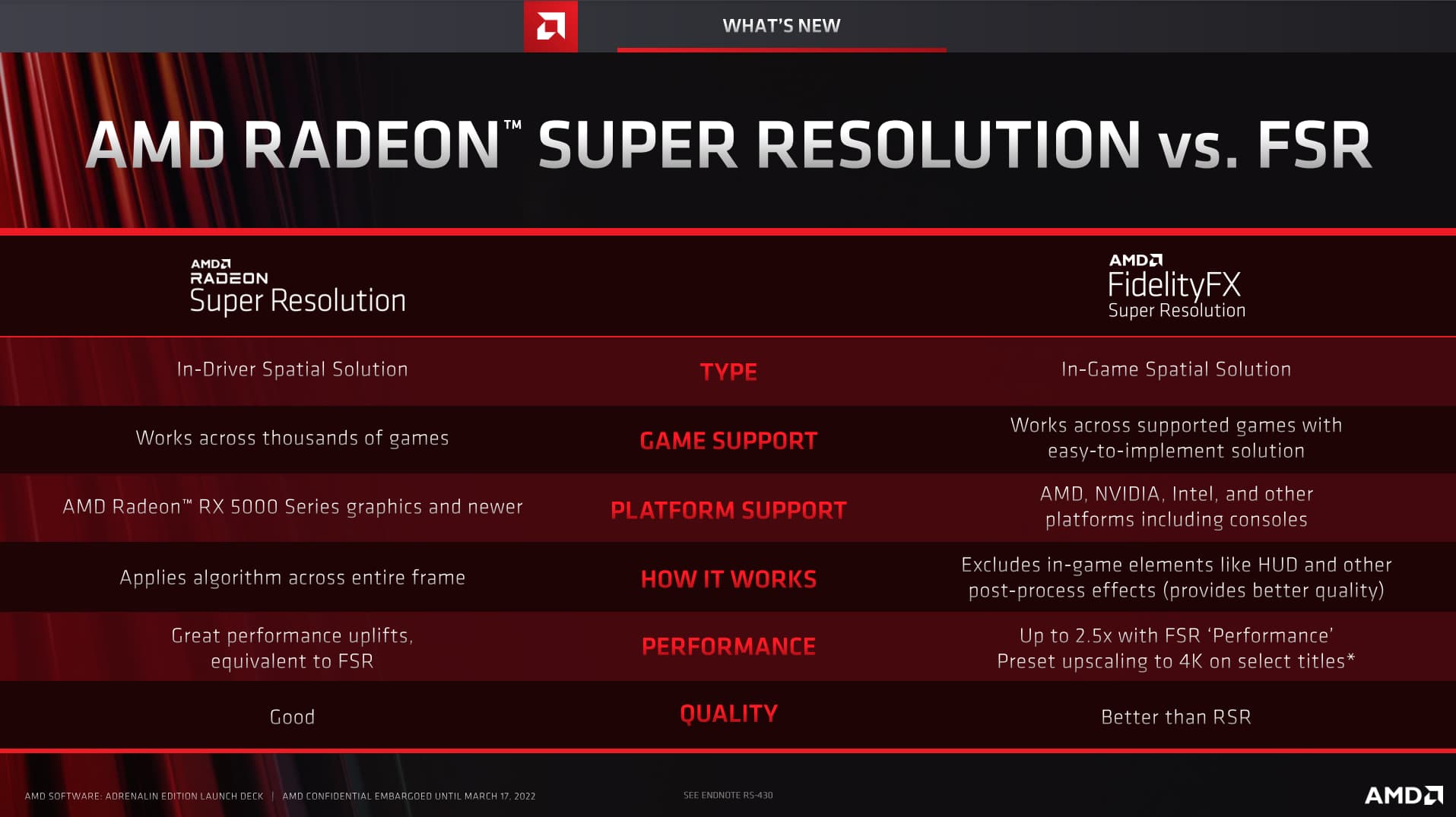 Finally, AMD offers us a comparison between its two technologies: