AMD roadmaps have just been revealed on YouTube by AdoredTV, concerning the EPYC Zen 4/4c/5 processors and the MI300 APU.

AMD EPYC Zen 4 and 5 are confirmed on the SP5 socket.

In a YouTube video, AdoredTV leaked several internal AMD documents about the brand’s server processors, with the EPYC Zen 4/4c and Zen 5 and the MI300 APU. Most of this information was already known for a long time, but would now be confirmed by these slides that seem to be official. 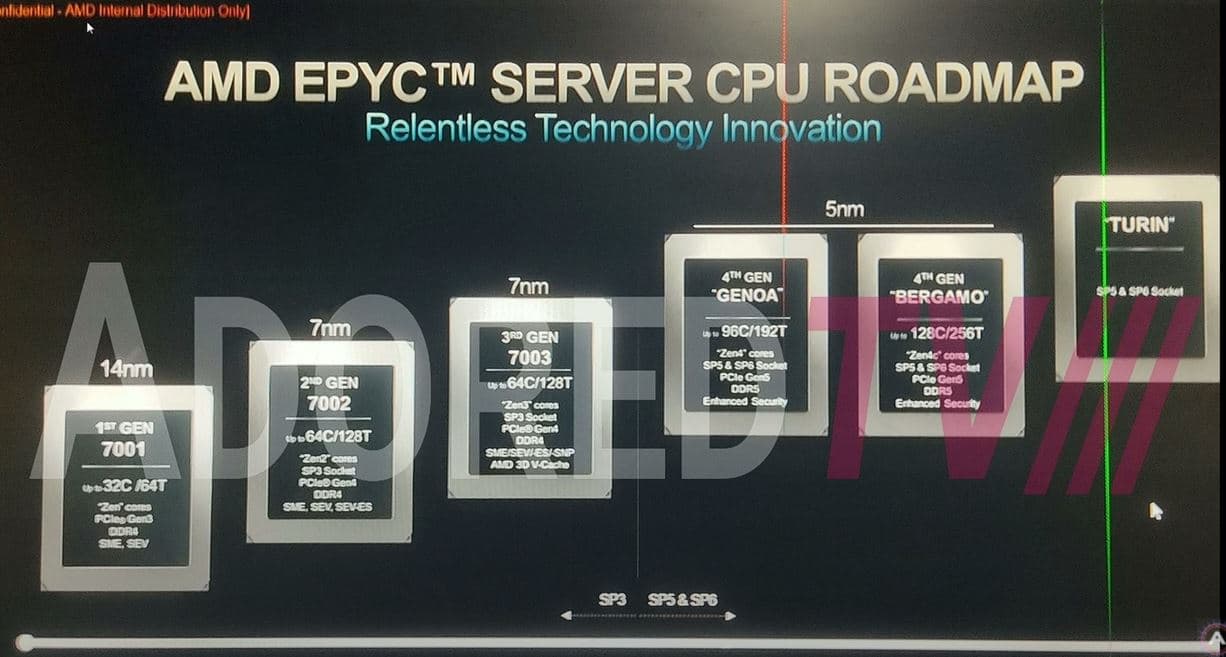 Both processors will use two sockets, the “classic” SP5 and the “embedded” SP6. The successors, named Turin and using Zen 5, will also arrive on the SP5 and SP6 socket. Concerning the characteristics we would be on 256 cores and 512 threads. 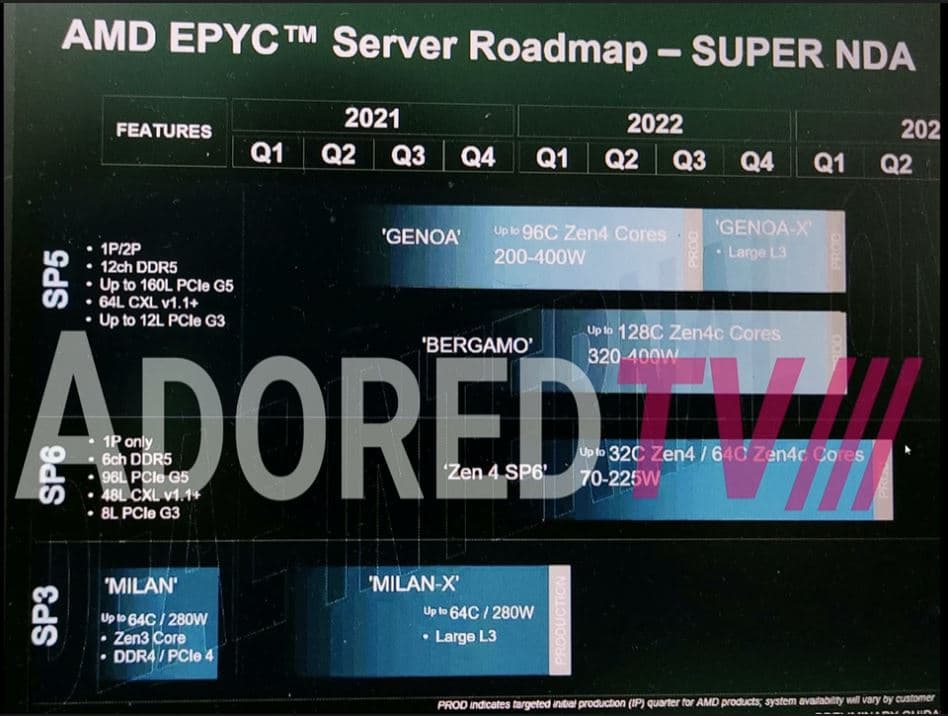 About the embedded versions on the SP6, a socket with reduced characteristics compared to the SP5 (number of DDR5 channels, PCIe line or CXL line), there will be a maximum of 32 Zen 4 cores or 64 cores in Zen 4c, with TDP up to 225W. 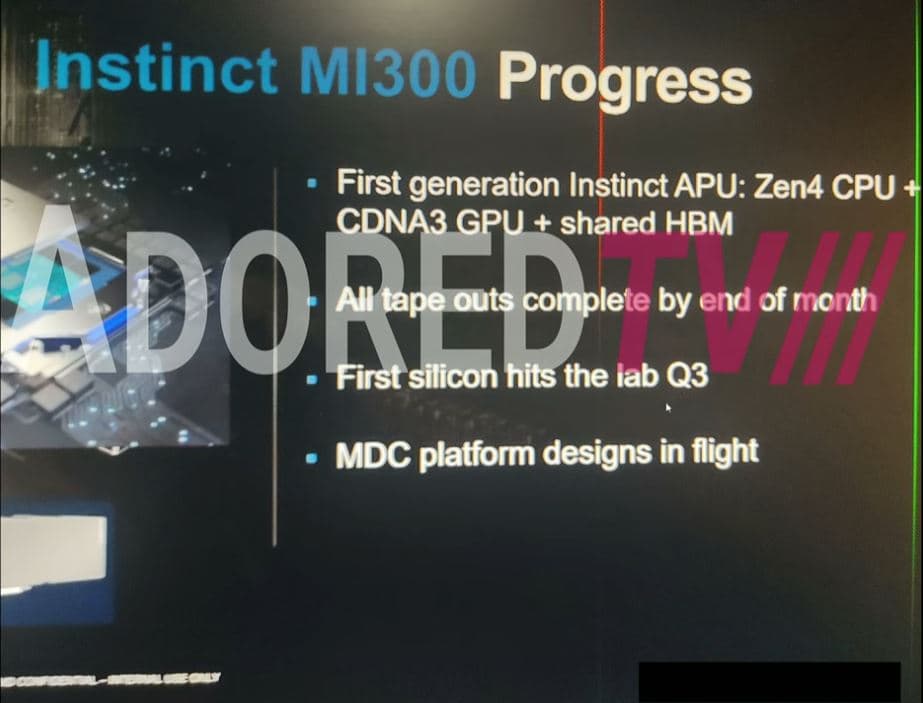 The MI300 which will replace the current MI200, would be really an APU equipped with a Zen 4 processor and a CDNA3 GPU, the whole coupled with HBM memory shared between the two. The card should thus arrive at AMD for testing in the third quarter of 2022.